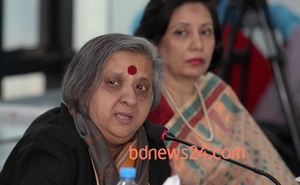 Despite assurances from the government, women rights activists appear worried over the new child marriage act.

They expressed apprehensions that the law may make sexual predators more reckless.

The Child Marriage Restraint Act 2017, passed by Parliament on Feb 27, fixed the minimum age of marriage for men at 21 and women at 18, but allows exceptions in “special situations, in the best interest of [minor girls], [who] can be married with consent of court and [their] parents”.

According to the law, underage girls can be married if it is a love marriage, if the girl is pregnant, if she has no close relatives or if it is difficult to ensure her support and security.

The law ran into consider opposition from women’s rights and development activists and they urged the president not to sign the bill.

Concerns about the law would be relieved once it went into effect, State Minister for Women and Children Affairs Meher Afroz Chumki had said.

On Mar 11, the day after the president signed the bill to make it law, the ministry held a meeting with representatives of several women’s rights and development organisations.

Khushi Kabir said she fears the new law would encourage the powerful to commit violence against women.

“It is incompatible with common law and creates the possibility of girls being married off to their rapists,” she said.

Sarah Hossain also said that the law conflicts with British and Muslim laws and that the consent of boys and girls involved must be respected. In addition, she announced that she would be going to court over the law’s perpetuating the difference in the minimum age of marriage between men and women, claiming it to be discriminatory.

Bangladesh Women Lawyers Association Executive Director Salma Ali has also said she would file a case against the special provisions of the law.

“Another concern is that an underage child can be married off if they have no guardians. If a child does not have a guardian it is the responsibility of the state to support them, so the law comes into conflict with the constitution,” she said.

According to the special provisions, any couple who get married themselves, have a child or become pregnant can register the marriage with the consent of the guardians.