Academic Research Unintended pregnancy and abortion by income, region, and the legal status of abortion: estimates from a comprehensive model for 1990-2019 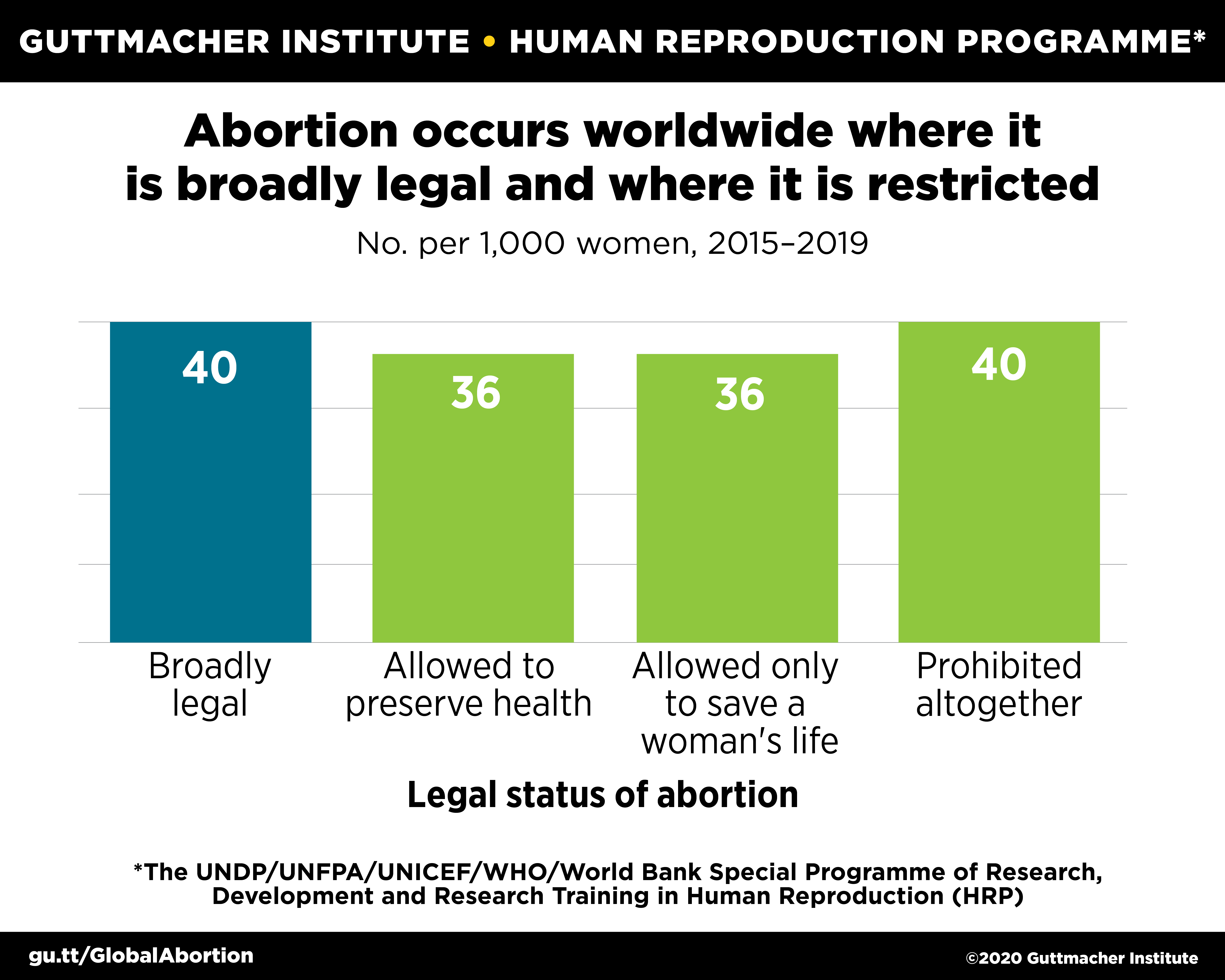 Unintended pregnancy and abortion by income, region, and the legal status of abortion: estimates from a comprehensive model for 1990-2019

Interpretation
Between 1990–94 and 2015–19, the global unintended pregnancy rate has declined, whereas the proportion of unintended pregnancies ending in abortion has increased. As a result, the global average abortion rate in 2015–19 was roughly equal to the estimates for 1990–94. Our findings suggest that people in high-income countries have better access to sexual and reproductive health care than those in low-income countries. Our findings indicate that individuals seek abortion even in settings where it is restricted. These findings emphasise the importance of ensuring access to the full spectrum of sexual and reproductive health services, including contraception and abortion care, and for additional investment towards equity in health-care services.