News Woman gives birth in front of clinic in Gopalganj 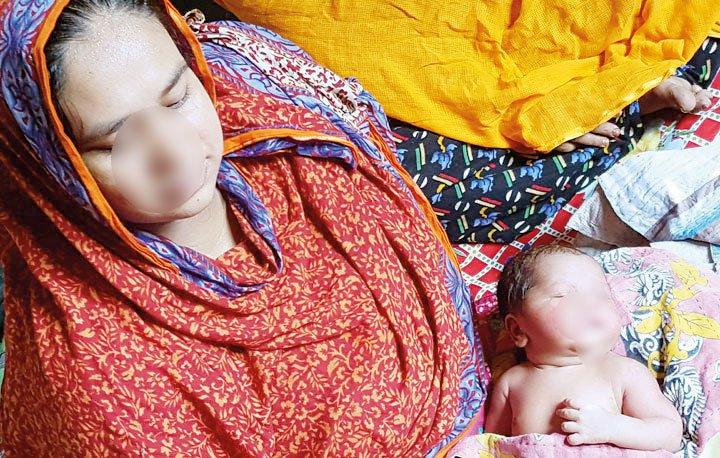 Woman gives birth in front of clinic in Gopalganj

A woman gave birth to a child in front of a private clinic in Gopalganj town, after the authorities refused to let her in.

The incident occurred in front of the Malancha Clinic at the town’s Ghullibari area in the early hours of Tuesday.

The woman was identified as Rozina Begum, 32, wife of Niamul Sheikh from the Sadar upazila.

Soon after, the woman was admitted to another clinic to receive medical attention.

Dr Golam Mostafa, owner of Hamida Clinic, said: “The woman and her child were both miraculously well when they came to us. We were able to provide medical care and send them home that afternoon.”

Rozina’s family said even after 30 minutes of desperately crying for help, the nurse and the authorities did not allow them in and told them to go to a hospital.

Bina Begum, Rozina’s mother-in-law, said: “We took Rozina to Nargis clinic, when she was in labour. As there were no physicians there, we were told to go to Malancha Clinic. When we arrived, Rozina’s pain got worse and we pleaded the clinic authorities to help. When they did not let us in, nearby locals came to our aid.”

Turani Sultana, a resident of Ghullibari area, said: “Hearing the woman crying out in labour, I got out of the house and saw that she had already delivered the child on the streets. We cut the umbilical cord and provided as much of assistance as possible.”

Locals said the clinic authorities did nothing to help and that they could not avoid their responsibility like that.