News Woman tortured to death for wanting to join the BCS 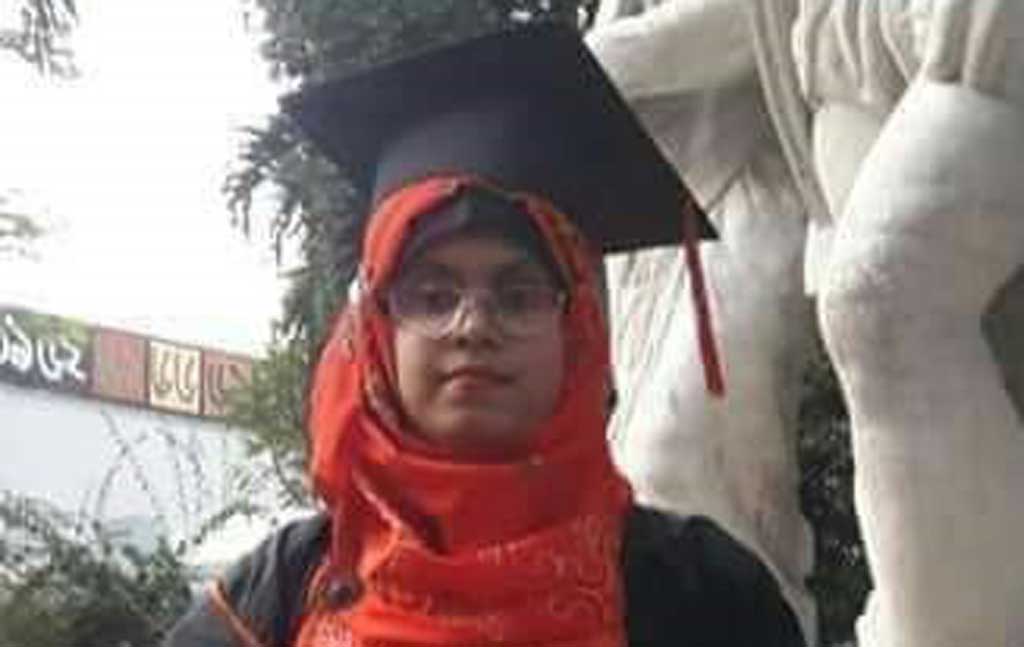 Woman tortured to death for wanting to join the BCS

A meritorious Dhaka University student was found dead in Natore on Monday. The dead woman’s family says she was tortured to death by her husband’s family members.

Sumaiya Khatun, who completed her BA and MA from the  Islamic Studies department, wanted to join the Bangladesh Civil Service (BCS). She wanted to leave her in-law’s place in Natore Sadar’s Harispur Baganbari and come to Dhaka for civil service exam coaching.

But her husband’s family did not agree with what Sumaiya wanted to do. They started insisting that Sumaiya drop her dreams. When the family failed to do that, they began torturing Sumaiya  which resulted in a tragic death on Monday, said Sumaiya’s family.

Nuzhat Sultana said : “My daughter was tortured to death by her father-in-law, mother-in-law, sister-in-law, and her husband as she wanted to be independent.

“On Monday afternoon, Sumaiya’s father-in-law Jakir Hossain called me on the phone to say that Sumaiya was ill and taken to the hospital. When I reached the hospital I found that not one of her in-laws were present. They left my daughter dead at Natore Sadar hospital.’

“We found injury signs on her throat and hands,” she added.

Regarding the case , Natore Sadar police station Officer-in-Charge (OC) Jahangir Alom said Nuzhat Sultana filed a case claiming that the accused killed her daughter in a planned way and passed it off as suicide by tampering with evidence.”

“We have arrested mother-in-law Syeda Maleka, and sister-in-law Jakia Yasmin Juthi. Police are continuing their search for Sumaiya’s husband Mostak Hossain and father-in-law Zakir Hossain, who have gone into hiding.

Regarding the matter, Dhaka University vice-chancellor (VC) Prof Md Akhtaruzzaman said: “Murder is an unforgivable crime. The way Sumaiya was murdered  is heinous and condemnable.”

“We have requested the police to bring all the culprits to justice,” he said.

“I have talked to one of Sumaiya’s relatives and assured them of providing any help they may need from the university,” the DU VC added.