Features Girls under 20 most vulnerable to rape in Bangladesh 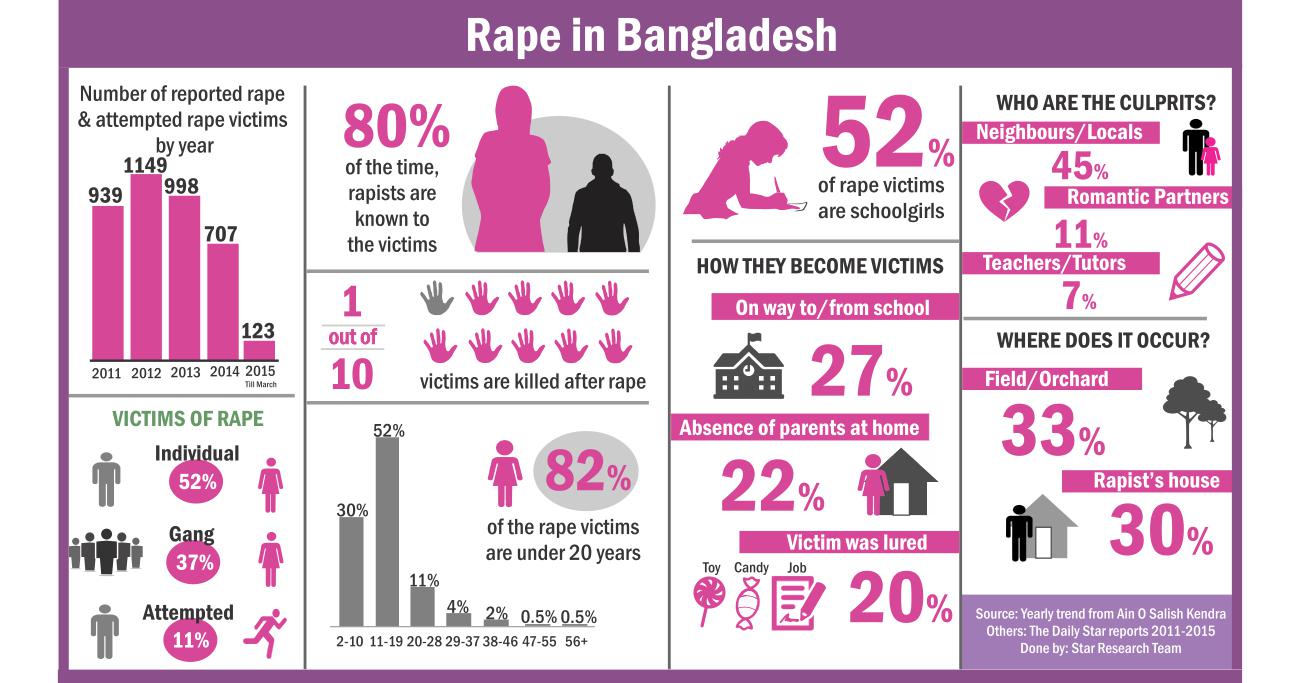 Girls under 20 most vulnerable to rape in Bangladesh

More than 80 percent of rape victims in Bangladesh are found to be under the age of 20, reports leading English newspaper, The Daily Star.  The vast majority of the rape cases or the attempted rape cases were against schoolgirls, especially on their way to school. 11 percent of reported cases were that of romantic partners forcing themselves on the young girls.

Due to the sensitivity and stigmatisation on issues of rape, there is limited information and data nationally on these violations against women and young girls.   This research was based on 800-900 cases in both urban and rural areas.  The alarming data sets a precedence on how much work that still needs to take place from the sides of family, communities, law enforcers, practitioners, and mainly policymakers.

The Daily Star published a user-friendly infographic to illustrate the state of rape and violence in Bangladesh. More can be read here: http://www.thedailystar.net/frontpage/girls-under-20-most-vulnerable-rape-97681