News 80pc tea workers of Sylhet give birth at home 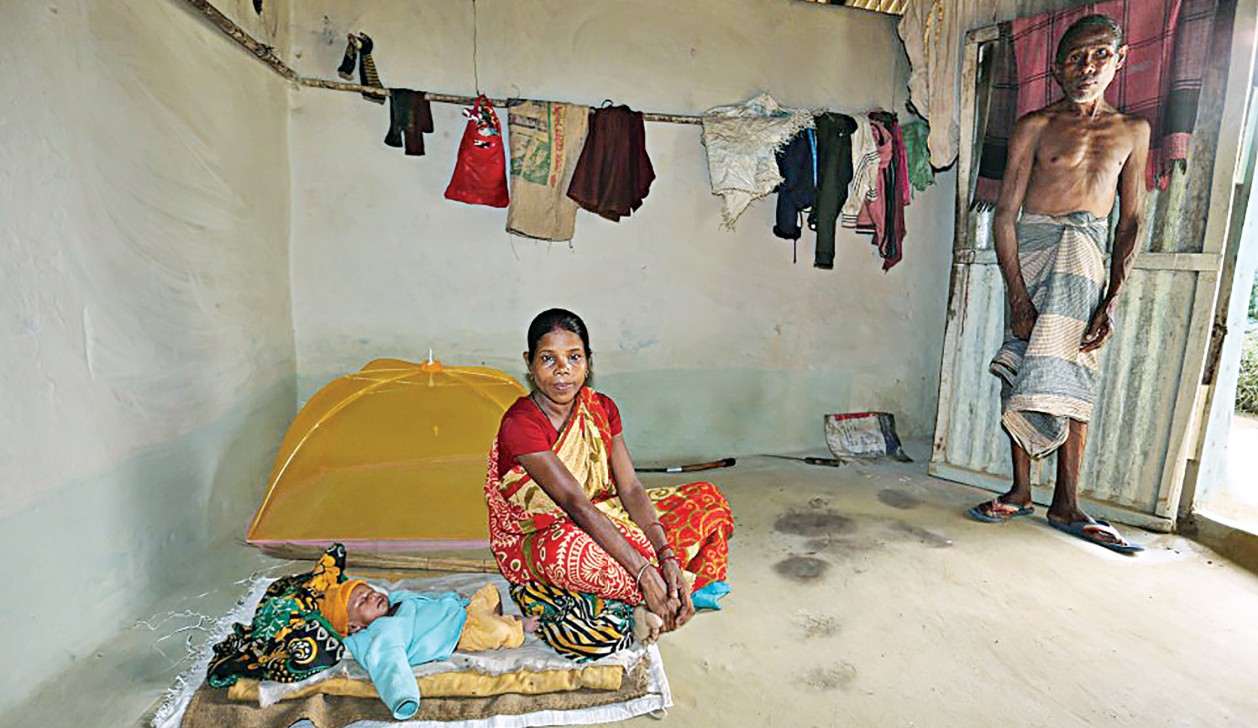 80pc tea workers of Sylhet give birth at home

Sumita Kairi, a tea labourer at Daluchhara Tea Garden in Fenchuganj Upazila of Sylhet, gave birth at home. No trained midwife was present during the delivery of her first child. Sumita’s child was born with the assistance of two local elderly women.

“All the women in our family have given birth at home,” Sumita said. But it’s not always a choice. “The elderly at home do not like going to hospitals,” she said. In such a tradition, many women like Sumita avoid going to hospitals or calling midwives as that only increases stress during childbirth.

GM Shiblee, chairperson of tea garden owners’ association Bangladesh Cha Sangsad in Sylhet, told this correspondent that many women in the tea gardens do not take delivery services due to old ideas and superstitions. This persists even if there are midwives in almost every garden now, he added.

However, other accounts do not match his statement.

There’s the issue of money. A couple of months ago, Lakshi Gowala of Lakkatura tea garden gave birth at home. Like Sumita, she too didn’t have a trained midwife around. “If you go to the doctor, you have to pay. You also have to pay to bring a midwife. Where can we get this money?” Lakshi said.

For some, there’s simply no access to delivery services. For Ayesha, Sudipa, and Aruna — all workers of Keramnagar Tea Gaden in Baralekha upazila of Moulvibazar — midwifery services are simply unavailable as there are no trained midwives in or around their garden.

In fact, most tea gardens do not have trained midwives, and the work is taken over by older women of the area. As a result, maternal and neonatal mortality rates are higher in tea gardens, said Dr Anisur Rahman, assistant director (disease control) of Sylhet divisional health office.

Fifty five of every 1,000 newborns in tea gardens die at birth. The number is 26 in Sylhet division, he added.

The results of a survey conducted by Bangladesh Bureau of Statistics (in collaboration with Unicef) confirms this. The survey, conducted and published last year, showed 80 percent of the women in tea gardens in three districts of Sylhet give birth at home.

Worrisome numbers also came up in another survey. “We interviewed 60 mothers from the tea gardens, we found eight who had multiple miscarriages and stillbirths in the past,” says Philip Gain, executive director of Society for Environment and Human Development (SEHD). “Bear in mind that the mothers we surveyed were from areas that were close to the upazila health complex. The rate might be higher in remote areas.”

Sanjana Shirin, a nurse at Camellia Hospital, a hospital for tea workers in Kamalganj of Moulvibazar, said giving birth without a trained midwife poses various risks for mothers and newborns. Problems such as excessive bleeding and infection may occur when giving birth at home without the help of trained practitioners.

She spoke of a spatial disparity in location of midwives. Although there are midwives working in gardens around town areas, they are unavailable at tea gardens located in remote areas.

She also said due to the low rate of use of birth control methods, women in tea gardens resort to the use of a type of tree root.

This correspondent learned that in 2007-08, a development organisation provided training to some women of different tea gardens in Sylhet as midwives. However, only one or two of the trainees took it up as a profession.

Parash Gowala, of Lakkatura Tea Garden, is one of the few who took up the profession. Parash said since the norm is to not call midwives during childbirth, it is not profitable to be a midwife in tea gardens.

Picture: Mithila Nayek with her one-month-old baby in her mud house. She had suffered four miscarriages before.