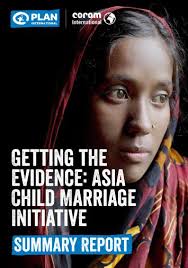 The proceedings of the day included- official launching of the report, a presentation on the study followed by open Q/A session, staging of a drama on child marriage, a short documentary called ‘Wedding Busters’ based on the youth groups who stopped child marriages, and a debate on whether the family or the Government should be held responsible for preventing child marriages.  Keshob and Shumi, two members of the community youth group who were recipients of numerous National-International awards for their courage and contribution in stopping child marriages, delivered inspiring speeches at the occasion. The event ended by a candid session where the participants made recommendations for the Government and civil society on how to prevent the practice of child marriage.