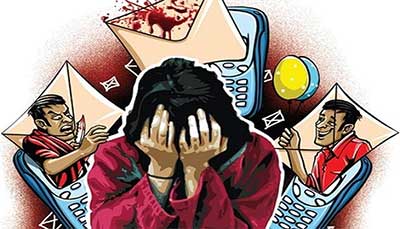 Awareness on cyber-security among Bangladeshi Girls

In recent past, young girls and women have fallen victim of cyber-crime in Bangladesh alarmingly. The available access on social media without knowing security system has risked privacy of young girl and women. Whereas, in other parts of the world like in America, Britain, Australia social media safety program has been integrated in curriculum, Bangladesh has lagging behind to create awareness among youngsters.

However, Dhaka police has taken initiative to train the school girls about cyber safety in last April and May with participation of 10,0000 school-girls. According to authority, about 70% women face cyber harassment but do not place complain.

Since 2002, the user of Facebook has become doubled in Bangladesh and Dhaka has become the second hub in the world in social networking.

In 2013, a cyber-crime tribunal was established but did not run smoothly for lack of man power. Social embarrassment and stigma also leave many cases unreported.

In the training, the participants are taught how to recognize fake IDs and report to police if needed.

After the massive cyber-attack in 150 countries on May 12, many countries are implementing new laws to strengthen the cyber security. China is going to implement new cyber security law from June 1. Bangladesh also should take effective measure regarding this.