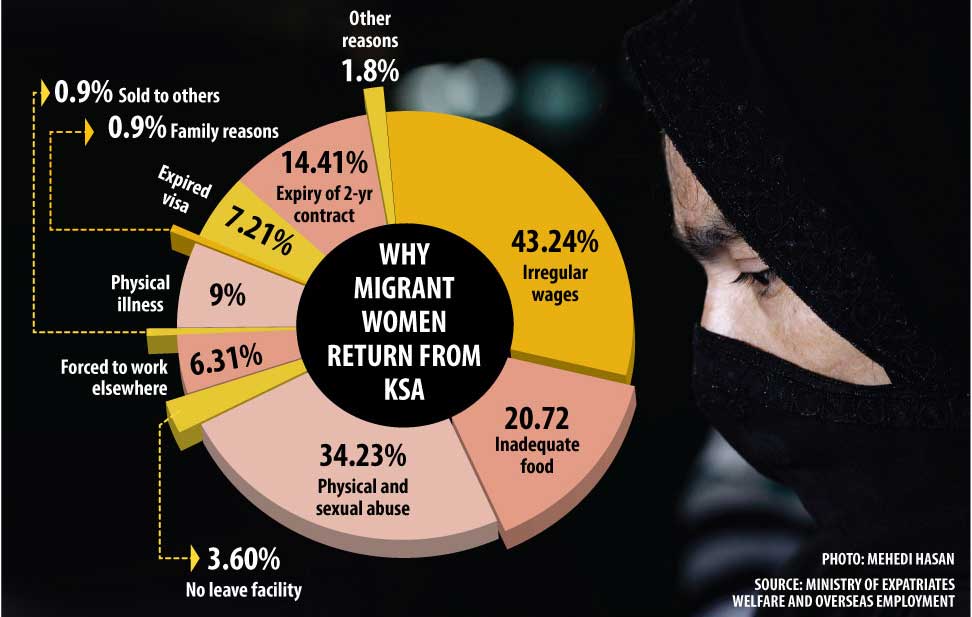 According to a government report, 35% of returned migrants have faced abuse in many forms from slave-like working conditions to sexual abuse

Migrating abroad for work, for a better life, has been a cornerstone of the Bangladeshi labour market since the 80s. And even as the labour force has grown more skilful and inclusive, tales of woe, and horror are never far away.

While the return of migrant women has been previously reported, this is the first time ever that Bangladesh authorities are addressing the reason behind it.

The Ministry of Expatriates’ Welfare & Overseas Employment (MEWOE), after investigating the 111 cases of returning female workers in August, found that 35% of them were victims of sexual, and physical abuse, while 43% received irregular wages. 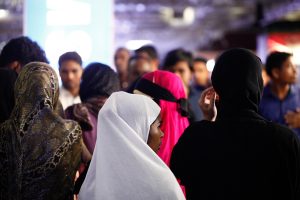 The report, prepared by the ministry, was submitted to the Parliamentary Standing Committee on MEWOE on September 26.

Bangladesh began sending female workers to Saudi Arabia in 2015. Between 2015, and August 2019, a total of 2,91,098 Bangladeshi women migrated for work, according to the Bureau of Manpower, Employment, and Training (BMET).

22-year-old Aklima could barely survive a week in the Kingdom of Saudi Arabia before she came back to Bangladesh.

She was raising her two children after her drug addicted husband abandoned them, she sought to earn more money as a maid abroad in late March 2018.

The house where she was employed, was solely inhabited by around 10 men. When she refused to live there, she was confined, and abused physically, and sexually. When she fled the house, the police arrested her. She was fortunate that she was sent back in the first week of April.

Her story is not so dissimilar from the countless others.

Aklima is one of many Bangladeshi domestic workers who migrated to Saudi Arabia for work, but returned home empty-handed with tales of exploitation, and abuse.

Rokeya, 39, worked for a wealthy family in Riyadh. After three months, she realized she was getting paid Tk16,000 instead of Tk20,000 as promised, along with regular food, clothing, and other necessities. 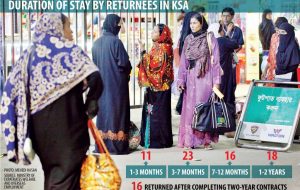 Although her work was supposed to look after an elderly person, she was forced to do all sorts of work around the house. Even then she had no recourse to raise her concerns.

“I was treated like a slave. The day I raised issue about my wages, my employer and his family whipped me,” Rokeya said. She was deprived of adequate food, clothing, and other daily essentials.

“I would not have fled if they did not beat me,” she said.

Such tales of atrocities are becoming more and more common as people begin to speak out.

Why legal challenges are not a solution, yet

Shariful Hasan, head of the Migration Program at BRAC said that female workers are returning home due to one or several of four reasons: irregular wage, lack of adaptability, physical torture, and sexual abuse.

“If our embassy had documented the severe injuries we saw on previous migrants, and submitted them to Saudi authorities or police, then these returning migrants would have gotten some justice. But our embassy is not doing that. We know why they return, now we have to see what the government does,” said Shariful.

Dr Ahmed Munirus Saleheen, additional secretary at the Migration Welfare wing of the ministry told Dhaka Tribune, the government helps with repatriation, but is unable to make much headway when it comes to taking the perpetrators to court.

“We try to provide them with legal aid once they are secured. But their unwillingness to stay there any longer disrupts the legal process. The victim settles the dispute out of court, and immediately returns to Bangladesh,” he said.

“We can strongly fight for their rights, but we cannot hold them in KSA against their will,” he added.

He said the ministry is developing a software to create a database of the returning migrants.

MP Ayesha Ferdaus, a member of the Parliamentary Standing Committee on MEWOE, claimed workers sent through the government do not face abuse, unlike those who use brokers.

“We have asked the ministry to find out why they face such abuse, and prevent brokers from exploiting them,” the lawmaker said.

MP Ali Ashraf, another Standing Committee member, said they will hold a discussion in the next meeting to find solutions.