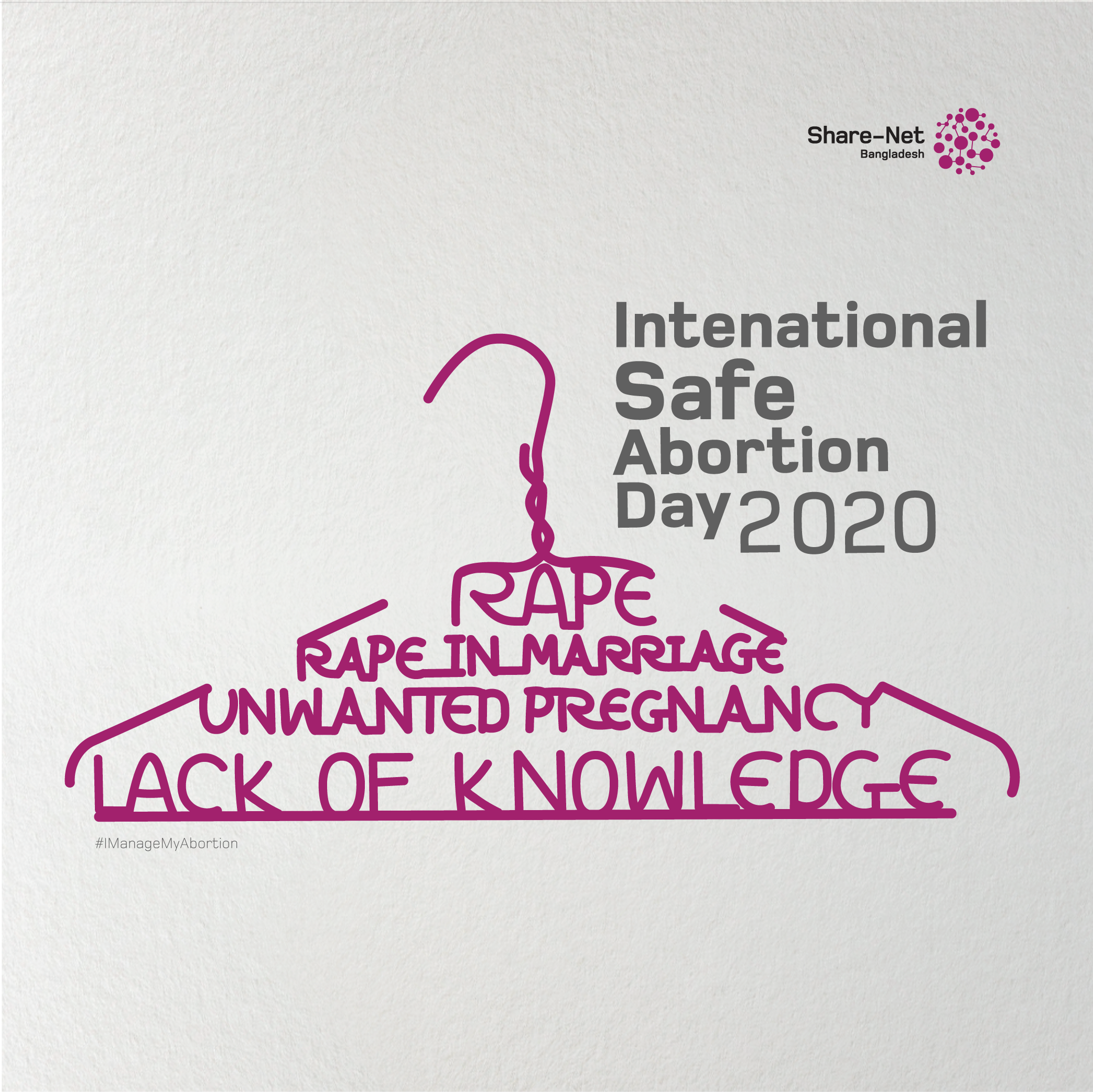 Having found its breeding ground in Latin America, the revolution for Women’s Right to Safe Abortion has is now ubiquitous throughout the globe. The day is to solidarize International and local networks championing for women’s right to Safe Abortion. Annually, on September 28, advocates, activists, youth champions across the world, mobilize in-person and virtually, to discuss the current realities of the status of reproductive health in their respective nations and communities. This year, 400 diverse actions have been planned in 88 countries to honor the day. 28 September is internationally recognized for activism in grass-roots level.

Globally 66 countries restrict abortion or prohibit it completely, leading to massive damages for women across the world. About 45 per cent of abortions globally are deemed unsafe, and more than 22,000 women and girls die each year after undertaking an unsafe abortion, says the Guttmacher Institute’s comprehensive report published in 2018. The actual numbers as compared to numbers revealed in the global statistics are indeed much higher and worrying, especially in the case of Bangladesh where the precise data is often abstract.

Due to lack of information, women themselves often do not understand the difference between safe and unsafe abortion. Thus, resort to unskilled healthcare providers, and clandestine abortions performed in the black market. Moral shaming, stigma, and taboo play a pivotal role in women choosing uncertified and illegal means of terminating a pregnancy. What policy makers must take into consideration is that restricting or criminalizing abortion does not stop women from getting one. It rather creates a black market for abortion. Infertility, cancer, cervix impairment are among the many dangers of an unsafe abortion.

In Bangladesh, the case for women’s sexual and reproductive health rights remains a forbidden public discussion due to a number of social, cultural and religious barriers. Like many other South Asian countries, induced abortion is illegal in Bangladesh under the penal code 1860, except to save a woman’s life. However, in South Asian countries Menstrual Regulation (MR) is legal and can be performed up to 12 weeks to terminate an unwanted pregnancy.   This procedure involves manual vacuum aspiration to “regulate the menstrual cycle when menstruation is absent for a short duration (Guttmacher).” In simple words, uses a needless vacuum to end an unwanted pregnancy, thus regulating a woman’s menstrual cycle.

Bangladesh needs more discussions, campaigns and demonstrations which will destigmatize abortion. It is only then women themselves will be able to differentiate between a safe and unsafe abortion. And society as whole will have comprehensive understanding of the dangers of unsafe abortion. As well as will be encouraged to use contraceptives for better sexual health.

It is time Bangladesh raise her voice and repeal old discriminatory laws intact in our constitution. The current abortion law (Penal code 1860) hinders women’s economic and social progress. Last month, Advocate Syeda Nasrin said “keeping abortion illegal leads many pregnant women to seek abortion from disreputable doctors and nurses. In many cases, such abortions may lead to other health complications later in life, or even death.” Advocate Nasrin shed light on the Sections 312-316 of the Penal Code 1860, which reportedly go against Articles 27, 29, 31, 32, 38 and 42 of the constitution. In addition, the Penal Code 1860, which was formed since the British regime requires revocation to match the fundamental human rights protected in our Constitution.