News Climate change and and its impact on women in Bangladesh 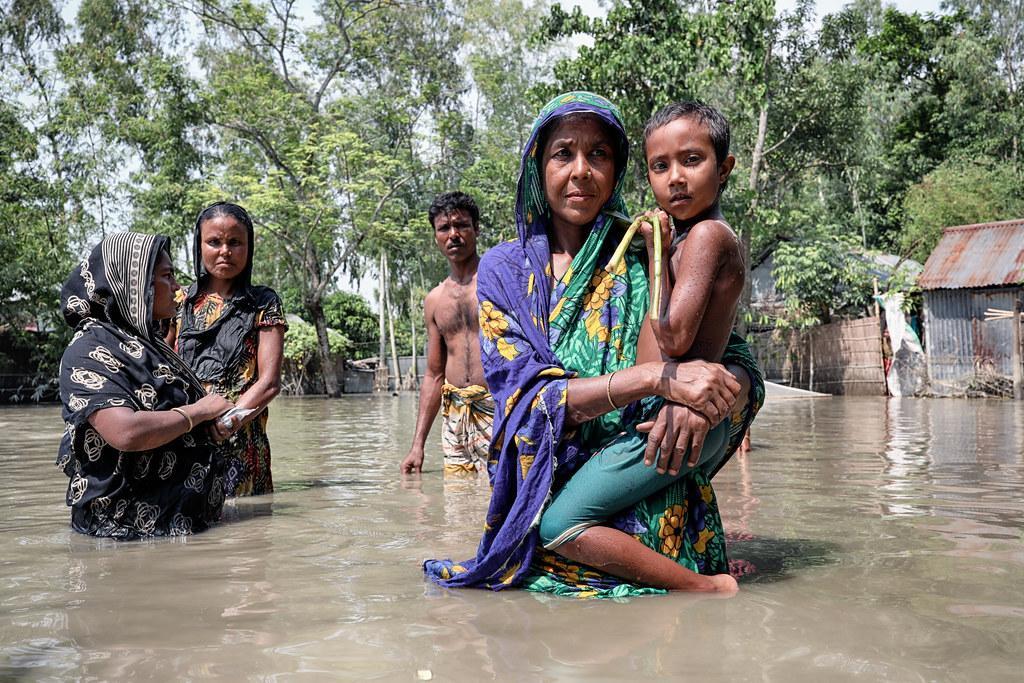 Climate change and and its impact on women in Bangladesh

Climate change has a significant level of impact on to women’s sexual and reproductive health, especially in Bangladesh – a low-lying, coastal, flood-prone country.

In collaboration with Ms Eshita Rahman and Ms Raihanatul Jannat, Think Legal Bangladesh has prepared an infographic on Climate Change and its impact on Women. This collaboration brought the perspectives of a woman illustrator and a woman academic together for Women’s Day 2021. It depicts how climate change is both a global and local issue; and how the women of Bangladesh are especially vulnerable to impacts of climate change. From an elementary perspective, these two women seem distinctive with no inter-link between themselves, but the vast impact and symbiosis between climate change and women have been reflected from the illustration and the research conducted.

Bangladesh ranks 7th on the list of 10 countries most affected by climate change from 2000 to 2019 and faces a diverse range of climate impacts through sea-level risings, increased tropical cyclones, salinity inundation in arable lands, intensified droughts, precipitation variability, and frequent flooding.

Impacts of climate change also increases Bangladeshi women’s social and economic vulnerabilities by directly impacting their food security, water consumption, and livelihood. Moreover, they are disproportionately affected in comparison to men in due to established societal norms and are consequently undermined in Bangladesh due to its traditional gender perspectives. As a party to the Paris Agreement 2015, Bangladesh has a legal obligation to adopt gender-responsive approach while focusing on adaptation to impacts of climate change through enhancing adaptive capacity and resilience; and reducing vulnerability, with a view to contributing to sustainable development.

The Bangladesh’s National Policy for Women’s Advancement (NPWA) includes protecting women from the adverse effects of climate change. Bangladesh’s 7th Five Year Plan for the period of 2016-2020 seeks to promote community-based adaptation while taking gender issues into consideration. At the same time, Bangladesh’s Intended Nationally Determined Contributions (INDC) submitted to the UNFCCC in 2015 about the focus on increasing climate resilience of its vulnerable communities through adaptation measures.

Finally, Bangladesh leads the way for a UN-supported project that marks a paradigm-shift in the way women are empowered as ‘change-agents’ to plan, implement, and manage climate-resilient solutions to safeguard livelihoods and lives. Even though further adaptations are required, Bangladesh has been taking the necessary steps in the right direction to promote gender equality and break the stereotype traditional gender perspectives.