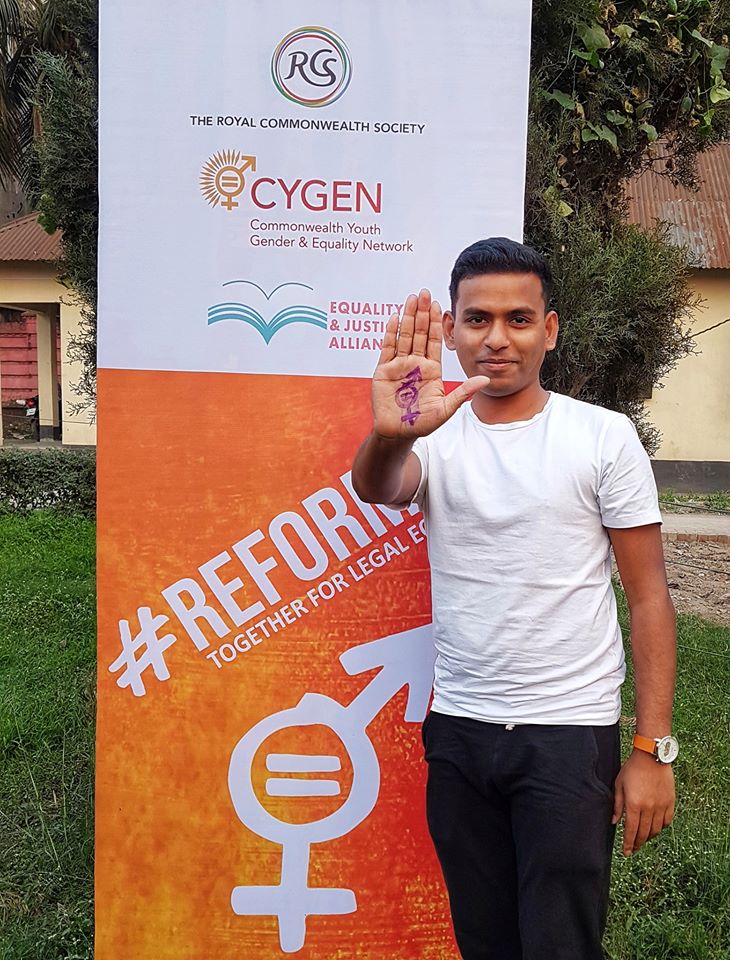 The Commonwealth is the home of 2.4 billion people and 60% of its population is under 30 years of age. Each of the youth living in the Commonwealth region is a potential figure for change and together we are an unbeatable force for reforming the discriminatory laws. We are ready to take the charge of delivering a common future by connecting, innovating and transforming new ideas for a better world. On Commonwealth Day this year, young people are urging the government through a campaign titled #Reform53 for legal justice especially on safe abortion and effective child marriage restraint act.

According to Tushar Kanti Baidya, Campaign Lead in Bangladesh, the #Reform53 campaign aims to compel Commonwealth countries to commit to reforming laws that discriminate against women, girls and other genders who are facing discrimination. To be very precise, the campaign will ask the Commonwealth Heads of Governments to reform consent laws on forced marriage and remove clauses that defer to customary laws, ensure provisions in law for abortion by choice, ending workplace discrimination for women, girls and transgenders, and increase political participation for women and transgenders.

The Commonwealth has its mandate to empower youths through their engagement in different social development sectors and as such, various youth networks were established. The Commonwealth Youth Gender & Equality Network (CYGEN) is one of the key youth networks that engage youths of 54 Commonwealth states to ensure equality of every human being regardless of gender, race, sexual orientation and nationality. To achieve this year’s Commonwealth thematic goal, CYGEN has started a campaign “#Reform53-Together for Legal Equality”, a six-month advocacy campaign, calling for the leaders of all 54 Commonwealth countries to reform laws that discriminate against women and girls and diverse people, many of which are a colonial legacy.