News Contraception and family planning around the world 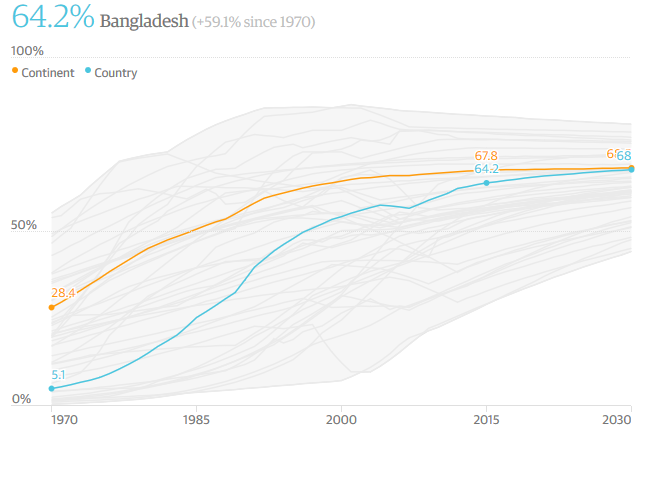 Contraception and family planning around the world

According to UN’s Department of Economic and Social Affairs, 64% of married and cohabiting women used modern or traditional methods of contraception in 2015 – a significant rise from 36% in 1970. The figures show wide disparities between and within regions and countries.

The variations in prevalence rates between countries in Asia is stark – from a high of more than 80% in China to less than 30% in Afghanistan. But southern Asia – covering Iran to Bangladesh in the east and Sri Lanka in the south – is one of the regions tipped to experience the highest growth in contraceptive use by 2030.

Find out more: “Contraception and family planning around the world – interactive”