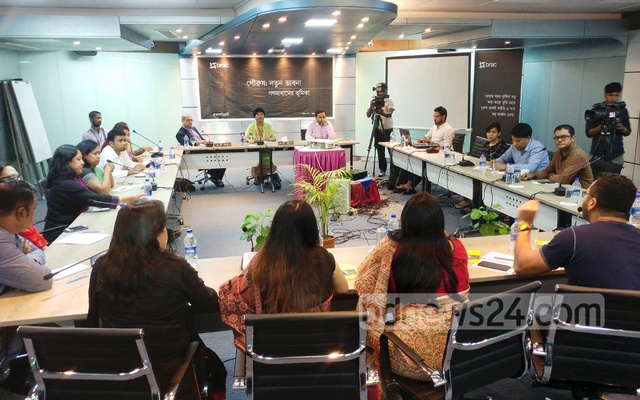 A discussion panel on ‘Redefining Masculinity’ has been held at BRAC Center on Sunday.

The vivid detail of the rape incident and revealing the victim’s name by the media is creating very bad impact. They also think to bring up large social campaign and movement where men will ask to stop violence against women in Bangladesh.

Supriti Dhar; editor of Women Chapter has shared how she had been under constant threats since starting the portal. She has also added, “We have been working for women empowerment for the last two decades. Now the campaign needs to focus on men.”

Asif Saleh, senior director, strategy, communications and empowerment, BRAC has moderated the discussion. He has highlighted the brutal gang-rape and murder of Zakia Sultana Rupa that shocked the nation.