News Dissemination of Working with Women project held at Lakeshore 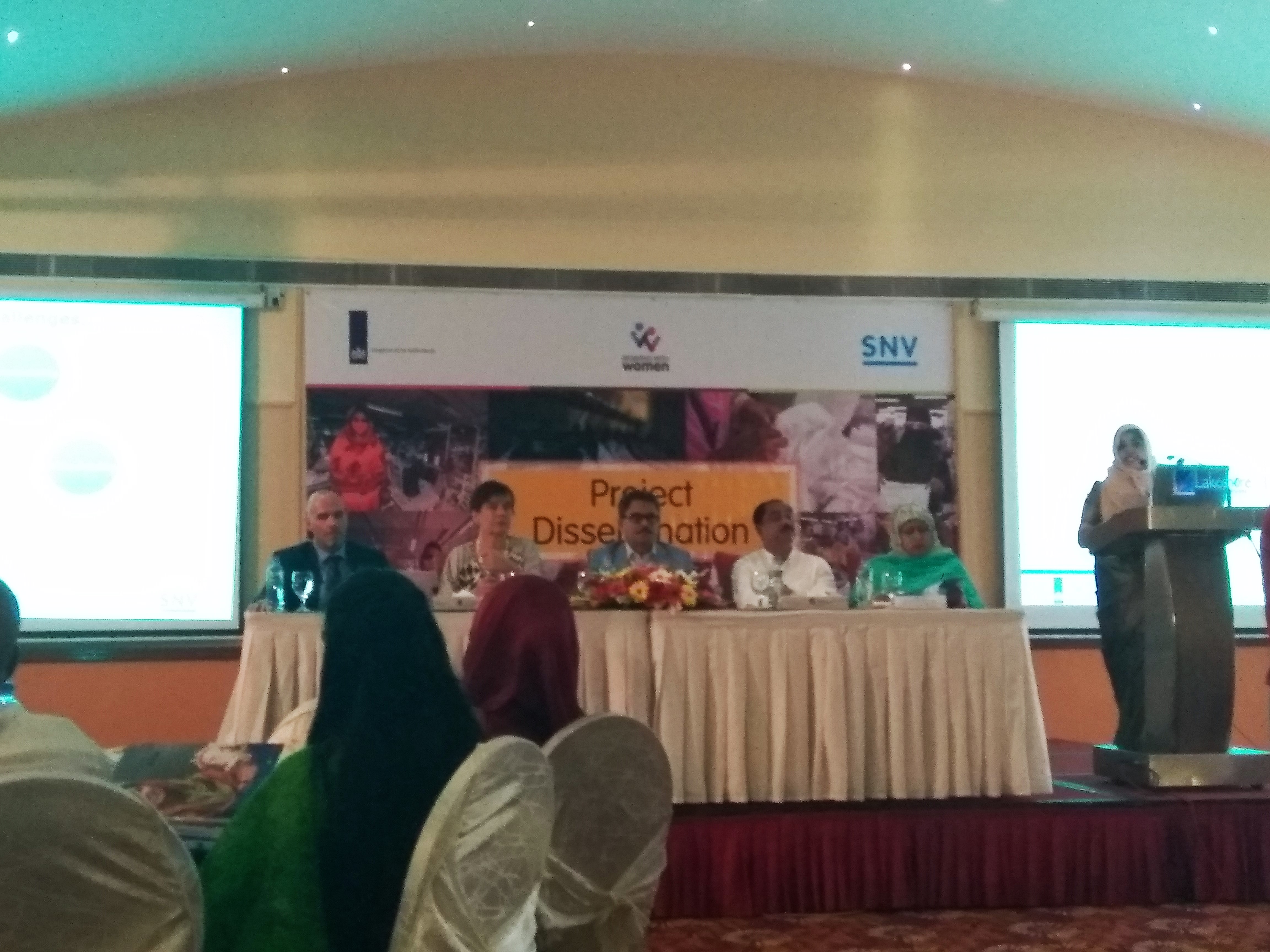 Dissemination of Working with Women project held at Lakeshore

More than 32 000 female garment factory workers in 20 RMG factories have got access to affordable SHRH services thanks to a pilot project implemented by SNV Netherlands Development Organization and funded by the Embassy of the Kingdom of the Netherlands. Ten health final models like Health Insurance Plus by TMSS, Gonoshasthaya Social Health Insurance by Gonoshashthaya Kendro, FPAB Community Health Service Scheme in four districts ensure SRHR service that are affordable, accessible and available.

The dissemination of Working with Women project , implemented by SNV has been held at Lakeshore hotel on May 25.

“RMG managers have very little SRHR knowledge since a single factory can be owned by many buyers and so, the application of the model is difficult. However, some factories have included SRHR in their calendar’ said Faththeeba Rahat Khan, Team Leader of Working with Women, talking about the challenges and successes of RMG sector.

“I think altogether we have a commitment to deliver to project activity”, said Martine van Hoogstraten, Charge d’Affaires, the Embassy of the Kingdom of the Netherlands.