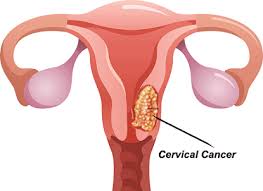 According to Prof Dr Sabera Khatun, Chairman, Gynecological Oncology Department, Bangabandhu Sheikh Mujib Medical University (BSMMU), if three methods- vaccination at the age of 9-14, public awareness and screening for the women aged between 30 and 60 are implemented properly, cervical cancer can be prevented effectively.

At a roundtable on January 12, 2019, on Cervical Cancer Awareness Day, speakers pointed out that there can be an increased risk of cervical cancer amongst the ones who have sex before the age of 16, or within one year of first menstruation. Some of the symptoms of cervical cancer are- bleeding between menstrual periods, after having sex, untimely menstruation or after menopause, unusual colour and odour of bleeding, frequent and painful urination, and pelvic pain, as said by Dr Habibullah Talukder Ruskin, Associate Professor, National Institute of Cancer Research and Hospital (NICRH). He further added that if one sees any one of these symptoms, she must consult a doctor immediately.

Prof Dr Swapan Bandopadhyay of Radiation Oncology department at Dhaka Medical College Hospital highlighted on the fact that cervical cancer could be diagnosed free of cost in several districts and upazillas.