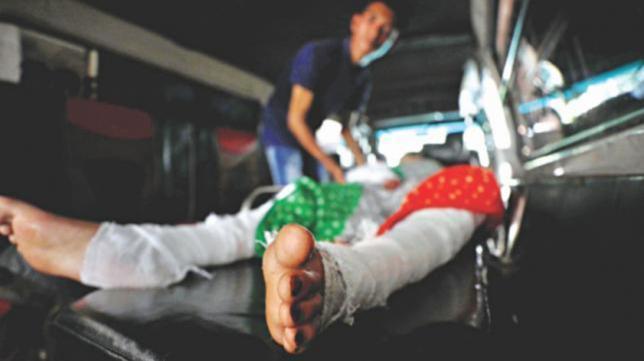 Nusrat Jahan Rafi took her last breath on April 10, 2019. She was allegedly set on fire by on April 6 by supporters of her madrasah’s principal, Sirajuddaula, because she refused to withdraw a case she filed against him on charges of sexual assault.

On April 6, the 18 year old girl went to her madrasah to appear for an Alim examination. She was tricked into going to the rooftop by unidentified persons who said that one of her friends was being assaulted there. When she went to the rooftop, she saw four burkha clad girls who told her to withdraw the case against the principal, and to report that her previous complaint was based on false allegations. When she refused to comply with their demands, they forcefully tied her hands with a scarf, poured kerosene on her, set her on fire and fled. She ran down the stairs with fire on her body which fellow students doused.

The accused, Sirajuddin was arrested, and eight people were detained. The court granted remand for each of the detained. The detainees are: Siraj, Afzar Uddin, Ariful Islam, English lecturer at the madrasah, Md Mustafa, madrasah night guard, and office staffers- Amin, Alauddin, Saidul Islam and Jashim Uddin.

The main accused, Sirajuddaula, had faced earlier accusations of sexual harassment, cheque forgery, vandalism and arson. He was arrested several times but also released on bail. The detained peon from the madrasah reported that Sirauddaula occupied a very influential position in his locality and had a lot of supporters. A group of people even protested for his release.