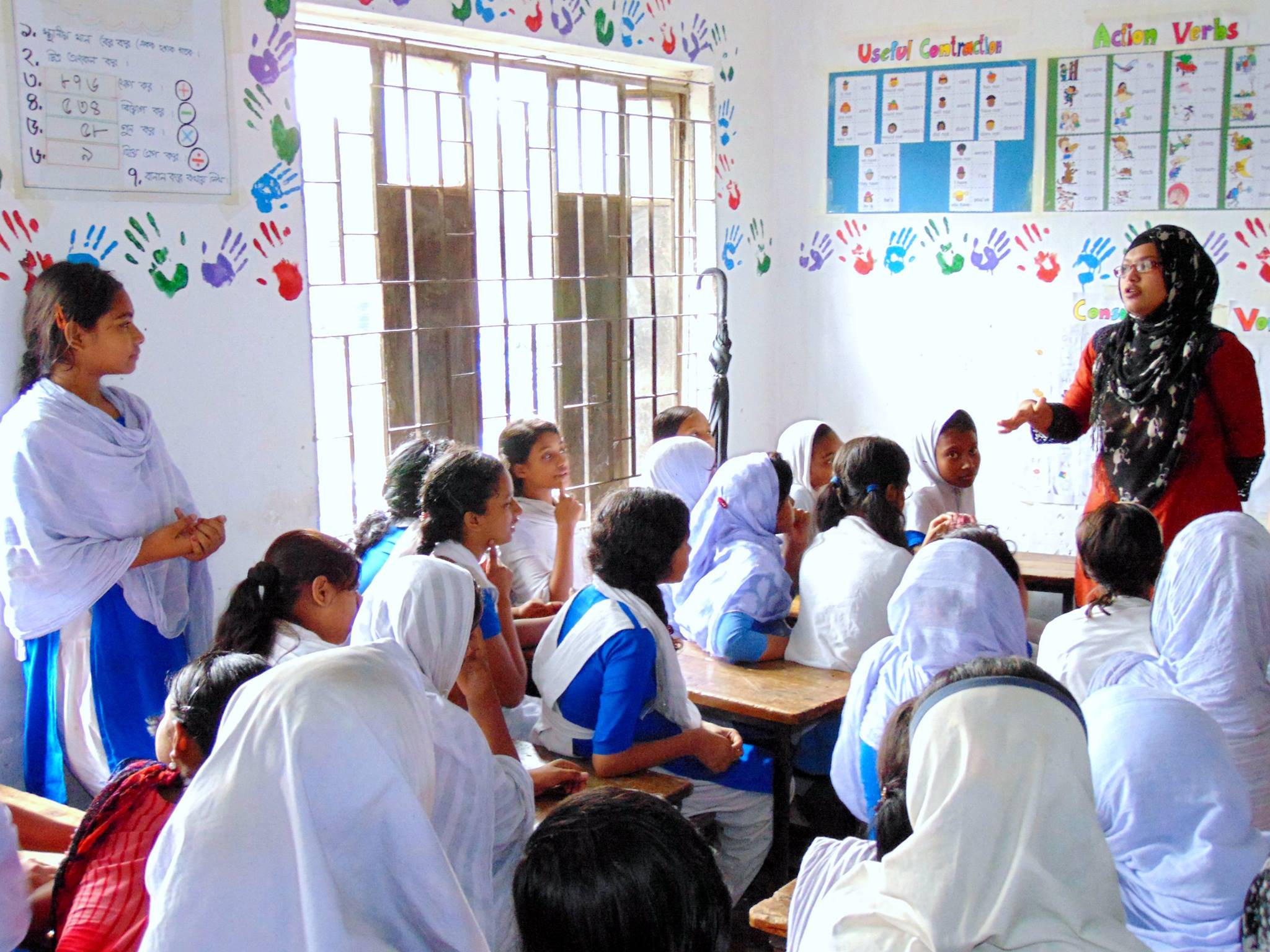 Last month, in between my Grade-2, English lesson, I see Sima (12 years old) wave at me from the back of the class. I have a rule in my class that states one has to raise hand to speak and will do so only if given permission. Since Sima was breaking that rule, I chose to ignore her. Meanwhile, my co-fellow from Teach for Bangladesh, Sujan went to her to sort out her issue so I let it be.  After a while, I looked again and saw her waving at me. This time I sensed urgency in her action so I decided to go to her and remind her rule of our class. When I went, she said “Madam, I just had my period and I want to go home.”

I looked at her; she looked ashamed as if she had done something really wrong by having her period in class! I sent her home and as I watched her take short steps out of our classroom with her hands on her bottom to cover that little blot of blood on her dress, I was wondering how she must be feeling.

I kept wondering and wondering. Then one day, I was in the teacher’s lounge talking to a teacher who was almost the same age as mine and had the same teaching experience as I did. She shared similar stories about girls from her classroom who had the “walk of shame” after they had period in school and were sent home. We were concerned and wanted to do something about this issue. We decided that we would gather all the girls between the age of 12 to 14 in our school one day and talk to them about menstruation, puberty, body change and health concerns during period. It was so easy to think so but what was hard is to get someone with the expertise to do it and female on top of that. I talked to some of my doctor friends but they were busy and others were trying to make time. Then one day, I get a message from a friend who is studying medicine in Anwer Khan Modern Medical College in Dhanmondi saying he has managed two of his female friends from medical school to come and speak to our 94 girls between age 12-14 about the concerned issue.

So one afternoon, in my school, came the aspiring 5th year medical students, Hridi from Bagura Medical College and Farhana and Samiul from Anwer Khan Modern Medical College. They led an inspiring session on menstrual health and hygiene, on puberty and body change. They explained the menstruation cycle, explained the use of sanitary napkins, advised girls on use of cloth instead of pad, on cleaning themselves during period and about health concerns during heavy bleeding. The entire time they stayed, the rooms were filled with laughter and their explanation on the topic were easily comprehensible and the girls were able to relate to the things the doctors said as the girls have been experiencing the same things for months and did not know the reason behind it.

After the session ended, the floor was open for the girls and the girls asked questions about certain health problems they have experienced during period and were answered with care.

When the session ended, the girls were all smiling and the expression on their face seemed to have said, “It’s okay to have period. It means I am a woman now.”

There was no walk of shame when the girls left the room. They left with their heads held high knowing that change is part of life and not all change is bad. Their body is changing but in a a good way and the fact that now they are proud instead of ashamed brought a sense of relief within me.