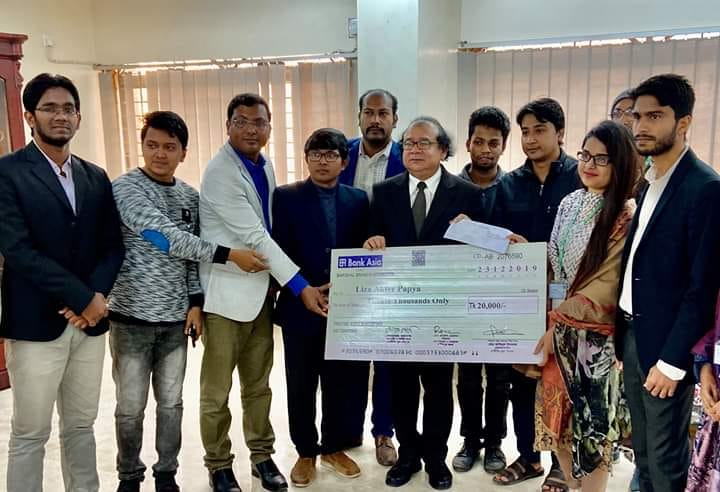 Gender-based violence is a phenomenon deeply rooted in gender inequality and continues to be one of the most notable human rights violations within all societies. Ending all forms of discrimination against women and girls is not only a basic human right, but it also crucial to accelerating sustainable development. It has been proven time and again, that empowering women and girls has a multiplier effect, and helps drive up economic growth and development across the board. Patriarchy and structural factors at multiple levels within our societies, prevent women and girls from gaining access to equal opportunities and realising their dreams. Both women and men experience gender-based violence but the majority of victims are women and girls. Working with men and boys is part of the solution to bring about gender transformative change in our society. Engaging men and boys as participants and stakeholders in gender-based violence (GBV) prevention initiatives is an increasingly institutionalized component of global efforts to end GBV. Accordingly, evidence of the impact of men’s engagement endeavors is beginning to emerge, particularly regarding interventions aimed at fostering gender equitable and nonviolent attitudes and behaviors among men. The notion of ‘engaging men and boys’ has come to mean a lot of things, from men’s role in the anti-domestic violence movement to approaches that range from bystander engagement to tertiary prevention. Because socio-cultural differences influence how patriarchy is enforced, how hetero-normative masculinity is defined, and how women’s self-determination is expressed or controlled, these very contexts also influence what engaging men means.

Bangladesh has made laudable progress on gender parity but miles to go for changing social norms and negative attitudes, practically in the society and the implementation of law. Women are still facing discrimination, exclusion and injustice and have negligible influence in decision making processes. According to the ‘Global Gender Gap Report 2020’ published by the World Economic Forum (WEF), Bangladesh secured the top rank among the South Asian countries and the 50th position globally for closing the gender gap. However, significant gaps remain. The rates of violence against women remain high. Almost two out of three (72.6 per cent) ever-married women in Bangladesh have experienced some form of partner violence in their lifetime, and more than half (54.7 per cent) have experienced it in the last 12 months. Bangladesh has one of the highest rates (58.6 %) of child marriages in the world. The practice of child marriage reflects deep-rooted norms and unequal status of girls in society as females are often seen as financial burdens. It has decreased in the 30 years, but rather slowly. On the other hand, the year 2019 experienced about double the number of rape incidents compared to 2018. A total of 1413 woman were raped and gang-raped throughout the year across Bangladesh, comparing to 732 in 2018 and 818 in 2017, according to the Human Rights Situation Report by Human rights watchdog Ain O Salish Kendra (ASK). In most cases boys and men are the perpetrators of violence knowingly and unknowingly. However, this is not an inherent characteristic of men. Its undeniable things that the elimination of harmful gender norms and practices can not be achieved without the engagement of men and boys. Sexual and reproductive health and rights are the key to gender equality and sustainable development. Ending violence against women requires coherent policies and programmes that emphasize gender equality as non-negotiable and the transformation of social norms.

Bangladesh Government has highlighted the male engagement on the National Women Development Policy 2011. During the country statements session at the Asia-Pacific Ministerial Conference on the Beijing+25 at Bangkok, Fazilatun Nessa Indira, state minister for the Ministry of Women and Children Affairs said, “We should work together to change the mindset, especially [of] men and boys, through advocacy”. Recently Zahid Maleque, Health and Family Welfare minister of Bangladesh and Head of Country Delegation at the Nairobi Summit on #ICPD25 announced country commitment that, specific attention will be paid to adolescents and young married couples, and ensuring active male participation in Family Planning.

There are many organizations working on women and children’s rights and different networks addressing violence against women and children at the local and national levels. However, there are few organizations addressing violence involving men and boys with several programs running, there needs to be more initiatives to transform toxic masculinity and involve more engagement of boys and men on gender justice effort. Not only less interventions, practitioners are also facing lack of academic literature and evidence for policy advocacy. Considering the importance of male engagement, A National Network named as “Engage Men & Boys: Network for promoting gender justice” was established in 2006. The EMB Network is working to promote human values and positive practices to change attitudes and behaviors to promote gender justice through engaging men and boys.

Through the Engage Men & Boys Network (EMB Network) a two years long project “Promotion of Gender Justice: Strengthening Engage Men and Boys Network for Reducing Violence against Women and Children in Bangladesh”, is implemented by BRAC through engaging local and national level implementing partners since January 2019. The overall objective of the project is to engage men and boys to promote human values and positive practices to change attitude and behavior to end gender based violence (GBV) against women in order to ensure gender justice. This network will be working collectively in 42 districts to change attitudes and behaviors of men and boys to reduce violence against women (VAW) through capacity building, mass mobilization, policy advocacy, media campaign, development of communication material etc. As a partner of this project, Protiki Jubo Sangsad (Bangladesh Model Youth Parliament) a youth led organisation is implementing a selected number of youth gathering, media campaign and dialogue with civil society events at Barishal and Barguna districts. To generate new literature, information and understanding of gender transformative implications and strategies by youth led study and findings for policy advocacy, Protiki Jubo Sangsad (Bangladesh Model Youth Parliament) and BRAC jointly delivered youth engagement Fellowship on Gender Justice to university students.

On 24 December first installment of fellowship money was distributed by Professor Dr Md Sadequl Arefin, Vice-Chancellor of the Barisal University. By the selection process Md. Ariful Islam, student of sociology department (Proposed study: The Perception against Gender-based Violence of Boys and Men: A Sociological Study to Establish Gender Justice and Violence Free environment for Women and Children) & Liza Akter Papya, student of Soil and Environment science department (Proposed study: The role and responsibilities of young men on reducing violence against women in Barishal zone) were awarded the gender justice fellowship. By this fellowship program, more awareness will be raised among university students and sensitized local policy makers and stakeholders on the topics related to the project thematic areas. Aspired interventions and positive change among men & boys tackling GBV will be explored, organisers hoped.

Welcoming this program, Professor Dr Md Sadequl Arefin, Vice-Chancellor of the Barisal University said that, Domestic Violence (DV) against women is widespread in Bangladesh; nearly 70% of women experience DV by the husband. Despite its high prevalence, prevention of DV is still under-prioritized. Previous studies, as well as victim supports, are also quite limited to the mainstream Bengali community, though there are also 30 ethnic minorities. Victim supports are confined to a few urban centers. As an academician, he is performing a research on finding community-driven DV prevention approach among two ethnic minorities (Santal and Garo) and mainstream (Bengali) communities in rural areas. He mentioned that there is needed more women’s participation into decision-making positions at family, society, politics as well as every sphere. Men should practice positive attitude for women despite of hyper masculinity.

Sohanur Rahman is a Change Maker at ‘SRHR for All’. Reach him out at kishanibd@gmail.com