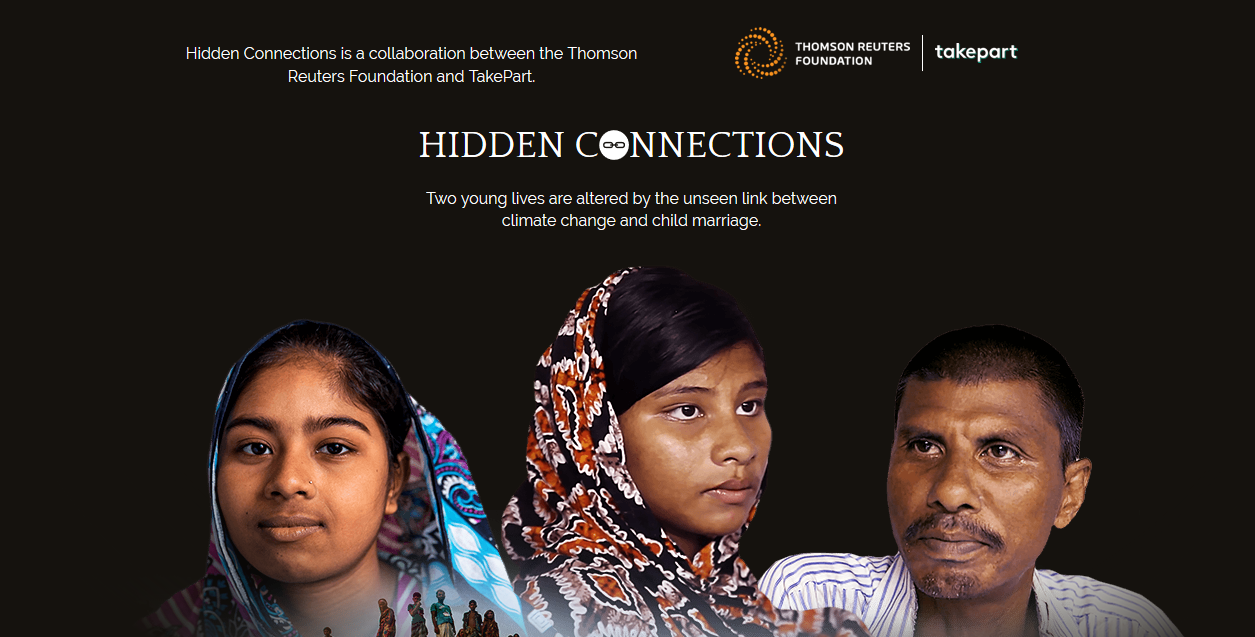 HIDDEN CONNECTIONS: How Climate Change and Child Married are linked

Bangladesh, home to more than 150 million people, is experiencing some of the most severe weather conditions the country has seen in centuries. There are more frequent floods, intense cyclones, and longer droughts. Climate change is exacerbating the country’s existing weather problems, affecting livelihoods and forcing families to flee elsewhere.

Hidden Connections is one umbrella platform under TakePart (a digital news and lifestyle magazine featuring independent journalism on today’s most important, socially relevant topics, alongside a social action platform) that brings to the surface the many impacts of climate change on the livelihoods of developing countries such as Bangladesh. The platform, which is a collaboration between the Thomson Reuters Foundation and TakePart, portrays the lives of two young persons who faced the challenges of climate change and child marriage through a three-part documentary film, aiming to expose the implicit link that connects the two issues.

“Almost every climate change impact you can think of, some place in Bangladesh is going to be feeling it,” says Dr. Saleemul Huq, director at the International Center for Climate Change and Development in a video that introduces the project.