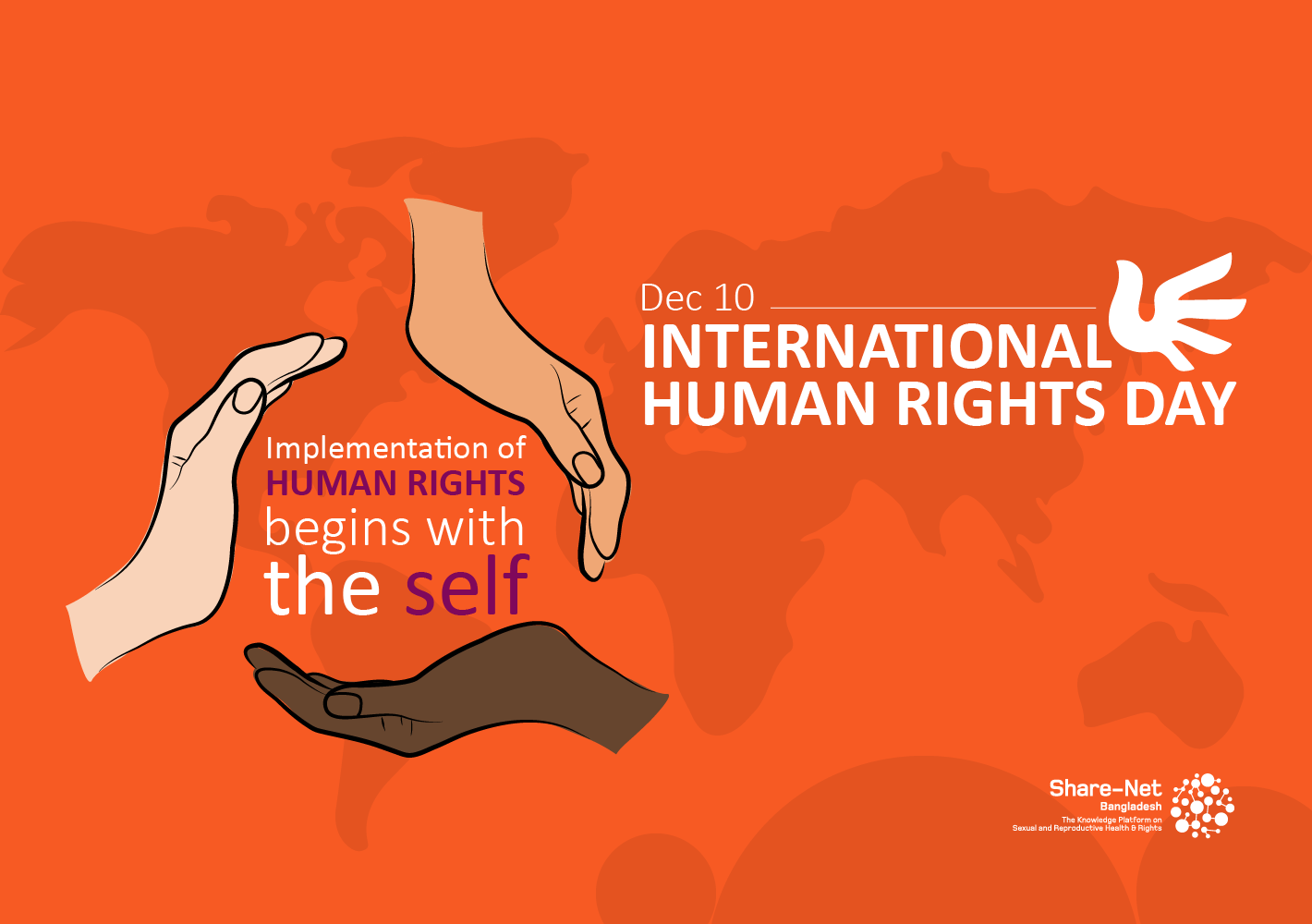 Every year, December 10 is observed as Human Rights Day as this was the day when the UN General Assembly adopted the Universal Declaration of Human Rights. This year marks this day’s 70th anniversary. The purpose of this day is to promote, engage and reflect on the declaration and its relevance on our everyday life. On this day we celebrate our rights and freedoms which include- right to education, freedom of speech, freedom of movement, right to privacy and much more. This day also serves as an opportunity for everyone to stand up for their rights and that of others, and to bring up human rights issues to everyone’s attention.

Human rights in Bangladesh are a part of the fundamental rights in Part III of the constitution. However, Bangladesh still has a long way to go to implement and enforce these rights in all sectors and geographical areas. Bangladesh has the highest percentage of child marriage in Asia and the fourth highest in the world. The government has vowed to end marriage of girls under 15 years of age by 2021, and to end child marriage completely by the year 2041.

Futhermore, Bangladesh opened its doors to more than 7,00,000 Rohingyas in 2017 after they were subject to brutal ‘ethnic cleansing’ lead by the government of Myanmar where thousands of people were raped and killed. Rohingya refugees are currently living in the camps of Bangladesh, and are given care by the government and various local and international non-government organisations.

According to the World Economic Forum, Bangladesh is the second most ‘gender equal’ country in Asia in terms of wages, which means that there is little difference in the pay scale between male and female workers. There is still a lot to do to completely eradicate wage differences between the sexes.