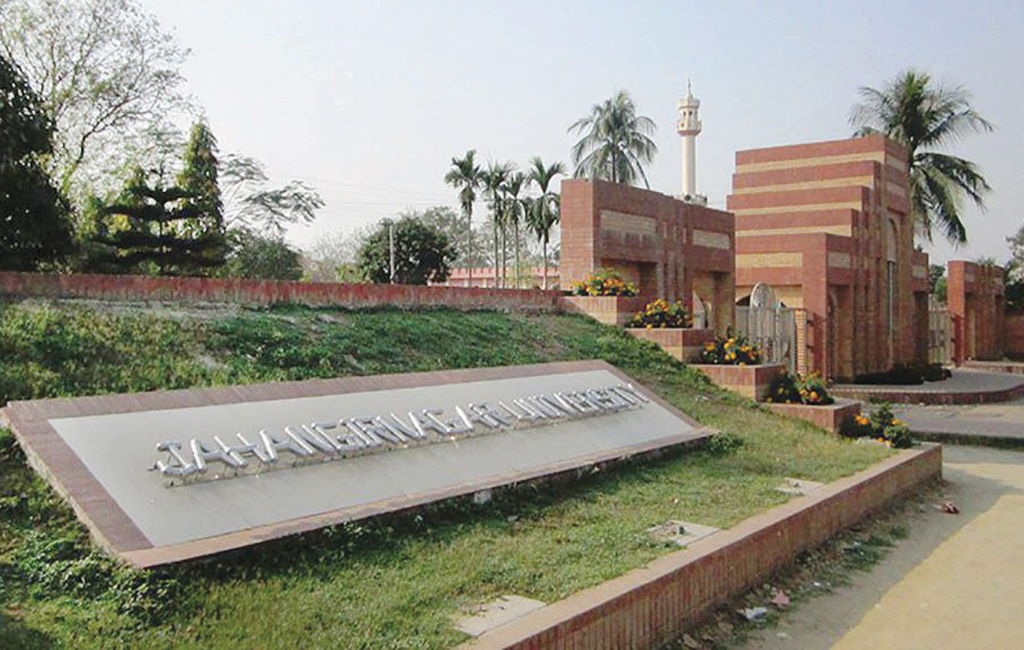 During the program they demanded exemplary punishment of Sanwar Siraj, an assistant professor of government and politics department.

Jahangirnagar University (JU) students on Saturday formed a human chain on the campus demanding punishment of the teacher who allegedly sexually harassed a student.

The protestors under the banner of Bangladesh Sadharan Chhatra Adhikar Sangrakkhan Parishad gathered in front of the Central Shaheed Minar around 2pm to press home their demand.

During the program they demanded exemplary punishment of Sanwar Siraj, an assistant professor of government and politics department.

The protestors claimed there were many such scandals against Sanwar Siraj.

On Monday, the victim, a student of the same department, tried to commit suicide by swallowing a large number of sleeping pills due to the mental trauma she was going through, said family members.

She was immediately admitted to a Savar hospital and was released on Thursday.

Earlier on September 19, she filed a complaint to the department head, detailing how Sanwar Siraj, who was her course instructor, harassed her.

In the written complaint, she alleged that Sanwar had frequently asked her on Facebook Messenger to build an intimate relationship with him. The victim said in the complaint that she was traumatized by continued harassment that started last year.

When asked about this, the former department chairman said the victim did not file any written complaint of sexual harassment against Sanwar to her.

“Her complaint is not true. I don’t know why she is speaking against me,” she told Dhaka Tribune.

Prof Nasrin Sultana, incumbent chairperson of government and politics department, said that she received the complaint on September 19 and she had been waiting for some more documents.

“I forwarded it to the anti-sexual harassment cell on Wednesday,” she added.

The victim said she had attempted suicide as she was frustrated.

“I complained against him to several places but found no justice,” she added.

This correspondent tried to reach the accused Prof Sanwar Siraj for a comment in this regard but found his phone turned off and his office locked.