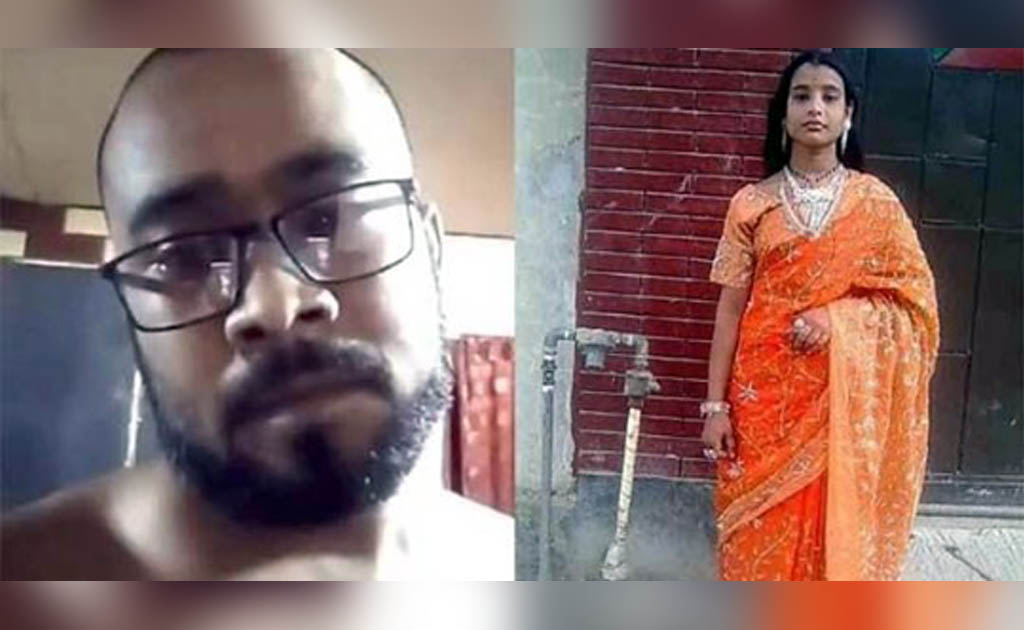 The suspect turned himself in to police after the murder in Feni town.

A man in Feni streamed killing his wife on Facebook Live before turning himself in to law enforcement.

After hacking his wife Tahmina Akhter to death at his home in the district town on Wednesday, Obaidul Haque Tutul called the police, said Inspector (investigations) Sajedul Islam of Feni Model Police Station.

Police arrested Tutul from his home in the Uttar Barahipur neighbourhood of the town and seized the murder weapon, a machete, as well as the suspect’s mobile phone.

Preliminary investigation found the incident to be an aftermath of a family feud, said Inspector Islam. “We will further investigate the incident. In the meantime, the body has been sent to a local hospital for autopsy.”

The couple, who got married five years ago after dating for five years, had a one and a half year old daughter, the murder victim’s sister Rehana Akhter told the media.

They often had arguments over financial matters, she said, before adding that  Tutul, who worked for a Dhaka based private firm, had borrowed money from his in-laws, but demanded even more.

According to a recent finding by the UN Women, since the outbreak of Covid-19 violence against women and girls, and particularly domestic violence has intensified.

It’s likely to increase as security, health, and money worries heighten tensions and strains are accentuated by cramped and confined living conditions, it says.

In France, cases of domestic violence have increased by 30 per cent since the lockdown on March 17.

In Canada, Germany, Spain, the United Kingdom, and the United States, government authorities, women’s rights activists and civil society partners have indicated increasing reports of domestic violence during the crisis, and/or increased demand for emergency shelter.

In Australia, a Women’s Safety New South Wales survey reveals that 40 per cent of frontline workers have reported increased requests for help by survivors, and 70 per cent have reported that the cases received have increased in their level of complexity during the COVID-19 outbreak.