Action Research MY BODY IS MY OWN: UNFPA 2021 Report 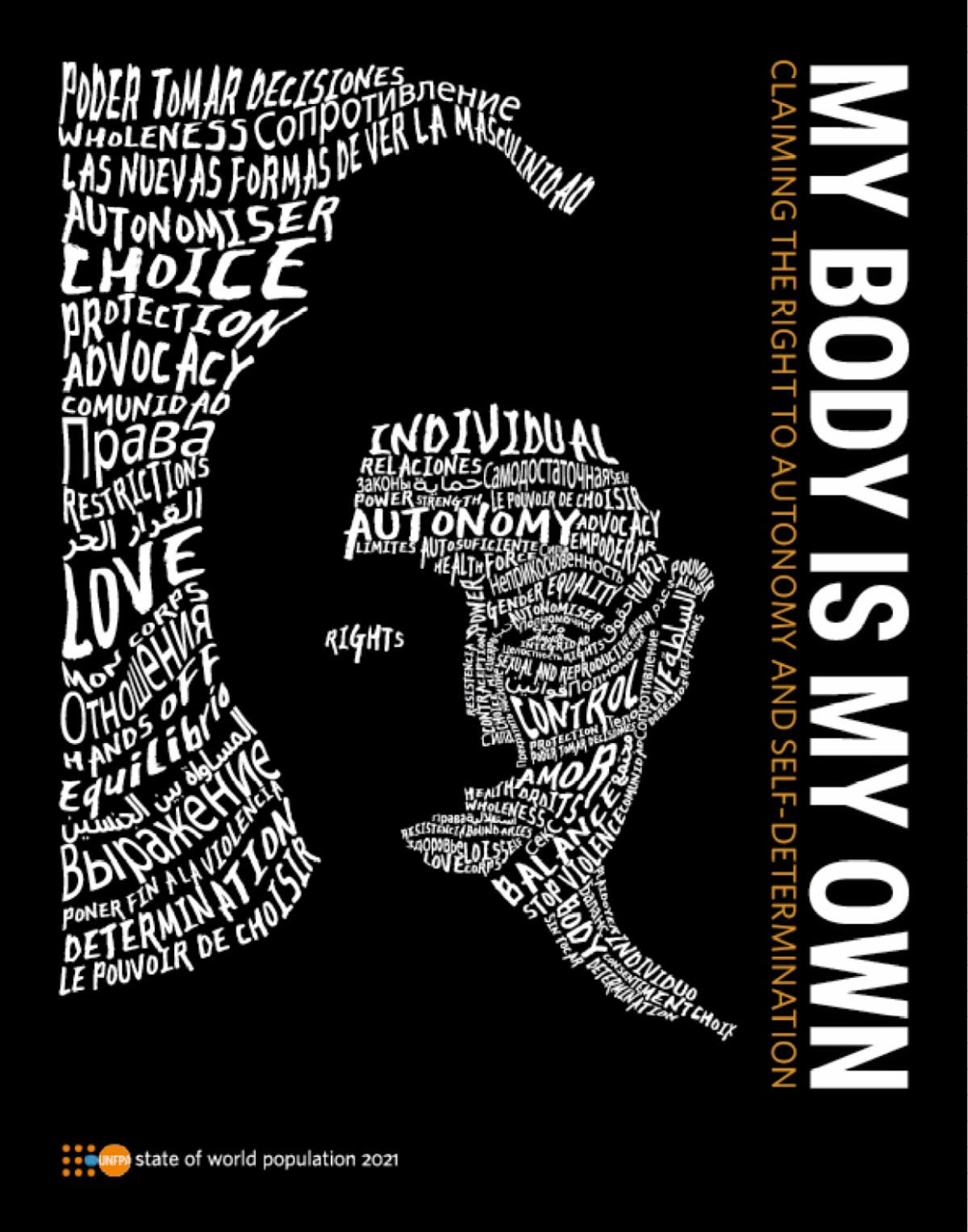 Bodily autonomy is a human right. However, half the women is our current world are deprived of rights over their own body. Violations include rape, forced sterilization, virginity testing, female genital mutilation and more.

According to the UNFPA Report ‘My Body is My Own: Claiming the right to autonomy and self-determination’, nearly 50 percent of women in 57 developing countries are denied the right to decide whether to have sex with their partners, use contraception or seek health care, according to UNFPA’s 2021 flagship State of World Population report, released on 14th April 2021.

For the first time, a United Nations report focuses on bodily autonomy: the power and agency to make choices about your body, without fear of violence or having someone else decide for you. This lack of bodily autonomy has massive implications beyond the profound harms to individual women and girls: potentially depressing economic productivity, undercutting skills, and resulting in extra costs to health care and judicial systems.

Through this groundbreaking report, UNFPA is measuring both women’s power to make their own decisions about their bodies and the extent to which countries’ laws support or interfere with a woman’s right to make these decisions. The data show a strong link between decision-making power and higher levels of education.

The report shows that in countries where data are available:

“The fact that nearly half of women still cannot make their own decisions about whether or not to have sex, use contraception or seek health care should outrage us all,” says UNFPA Executive Director Dr. Natalia Kanem. “In essence, hundreds of millions of women and girls do not own their own bodies. Their lives are governed by others.”

The report also documents many other ways that the bodily autonomy of women, men, girls and boys is violated, revealing that:

Solutions: the power to say yes, the right to say no

The report shows how efforts to address abuses can lead to further violations of bodily autonomy. For example, to prosecute a case of rape, a criminal justice system might require a survivor to undergo an invasive so-called virginity test.

Real solutions, the report finds, must take into account the needs and experiences of those affected. In Mongolia, for example, persons with disabilities organized to give direct input to the government about their sexual and reproductive health needs. In Angola, young people educated about their bodies, health and rights have been able to seek health care, use family planning, decline sex and petition for justice after sexual violence.

“The denial of bodily autonomy is a violation of women and girls’ fundamental human rights that reinforces inequalities and perpetuates violence arising from gender discrimination,” says Dr. Kanem. “It is nothing less than an annihilation of the spirit, and it must stop. By contrast, a woman who has control over her body is more likely to be empowered in other spheres of her life. She gains not only in terms of autonomy, but also through advances in health and education, income and safety. She is more likely to thrive, and so is her family.”

“The pandemic has further highlighted and exacerbated the harms that women and girls face, from female genital mutilation and child marriage to horrific gender-based violence and other violence against women. The report also highlights human rights violations such as so-called ‘virginity testing’ or ‘honour killings’. Our collective action to strengthen rights and choices is now more crucial than ever as we seek to build back better. The health, wellbeing and prosperity of millions depend on this.”

Access the interactive version of the UNFPA State of World Population report, My body is my own: Claiming the right to autonomy and self-determination, here: unfpa.org/SOWP-2021