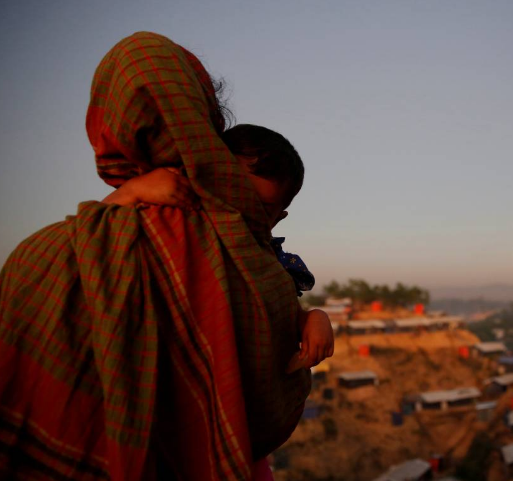 By Tasnia Ahmed, Program Officer at SERAC, and Nujhat Jahan Khan, Business Development Associate at RedOrange Media and Communications, both a part of SheDecides Bangladesh

According to the Penal Code of Bangladesh, abortion is illegal, except if it is done to save a woman’s life. For young people, allies and pro-choice advocates, the recent ruling of the High Court of Bangladesh asking why the abortion related sections of the Penal Code should not be obliterated inspires a new found hope to fight for the right to safe and legal abortion.

These existing sections contradict the fundamental rights that are guaranteed in the Constitution, particularly the right to life and personal liberty. When abortion is declared illegal, it does not stop abortion from happening; it pushes women to risk their lives by seeking unsafe abortions carried out by the hands of unskilled service providers, in an environment that does not meet minimum medical hygiene standards. This risks health complications such as infertility, damage to internal organs and death.

Unmarried young Bangladeshi women becoming pregnant face multiple challenges from the outset. They will be shamed for being sexually active, for their decision to keep the pregnancy, or for the decision to terminate the pregnancy. It’s truly a no-win situation.

According to the Center for Health and Population Research at the International Centre for Diarrhoeal Disease Research, Bangladesh. the incidence of abortion was 35 times higher for unmarried women in Bangladesh than for married adolescents. Abortion ratios are also higher for adolescents who are under 18 and have not completed their secondary education. In our country, abortion is surrounded by stigma because of many misconceptions and deep rooted traditional, cultural and religious beliefs. Due to this, young people are not able to openly discuss abortion, seek advice or counseling or readily access safe services.

One of the most notable arguments against legalising abortion here is that it will give rise to incidents of sex-selective abortions. Sex-selective abortion refers to terminating pregnancy after discovering the sex of the foetus and is prevalent in some patriarchal societies that discriminate against girls. However, banning sex-selective abortion will not prevent sex selection because these bans do nothing to challenge the phenomenon of son preference or its underlying causes. The only way to combat sex selection is to promote gender equality and equity from policy at a grassroots level.

That’s where SheDecides Bangladesh comes in. Young people play an important role in standing up and speaking out and disseminating correct information on women’s reproductive health and rights both at individual and policy levels. When young people advocate for safe abortion among family and friends, it becomes easier for people seeking information and services to confide in them with their sensitive information. At the policy level, young people’s voices become a strong and powerful force to bring forward the realities of individual’s needs and demands.

Without proper information, young people face challenges in accessing the resources and information necessary to be safe and healthy. Lack of knowledge and openness in families, unprofessional attitudes and misconduct among Menstrual Regulation (MR) providers and gynecologists while attending to young people are all far too common. To improve the knowledge of MR among young people, Comprehensive Sexuality Education (CSE) that includes MR and safe abortion must be made available in the national academic curriculum.

Today, young people are fighting for abortion rights in Bangladesh so that, in the future, women can live free from stigma and shame for making her own choice about her body. Young people will keep fighting just like their ‘foremothers’ who fought for equality in the past. Young people will keep fighting in the future until the day comes when she decides what to do with her body, her life and with her future. Without question.