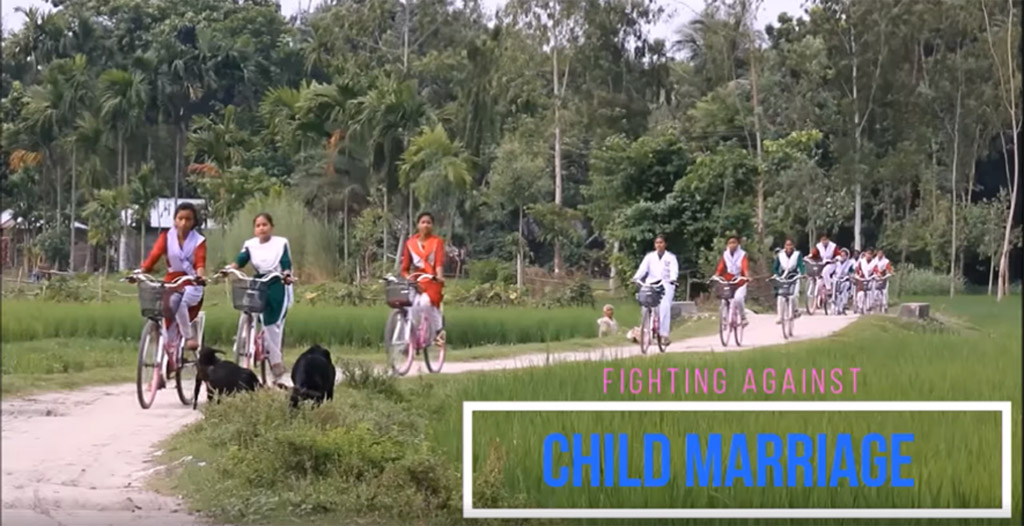 Meghna, an adolescent leader from Rangpur received news of a family marrying off their 12-13 year old daughter. She successfully stopped that marriage from taking place by enlightening her parents on how continuing her education will enable her to have a bright and independent future.

The upazila chairman of Shreerampur, Chandanpath Union, Rangpur, provided bicycles to 14 teenage girls in the upazila. These bicycles are helping them reach their school on time, as well as spread awareness in different places to prevent child marriage. The bicycles are handed over from one girl to another so that one by one, every girl can do their part to stop child marriage. These girls have committed not to get married before 18, and encourage other girls to do the same.

Young girls are the first ones to receive news of other young girls, who might be their friend, cousin, classmate or schoolmate, getting married. This is why they can do the best job in acting as messengers and preventing child marriage.

Child marriage is a social evil that is very common in many parts of Bangladesh. When a teenage girl gets married she has to shoulder the responsibilities of the family and household with no time to carry on with her own education and no chance to follow her own dreams. Child marriage is a major violation of human rights as it exposes her to physical and mental torture, rape and early pregnancy.

USAID- Advancing Adolescent Health (A2H) has developed 654 adolescent leaders who are currently working at 76 unions, 3 municipalities and 1 city corporation of Rangpur district to create an enabling environment for adolescents to improve their sexual and reproductive health and services.