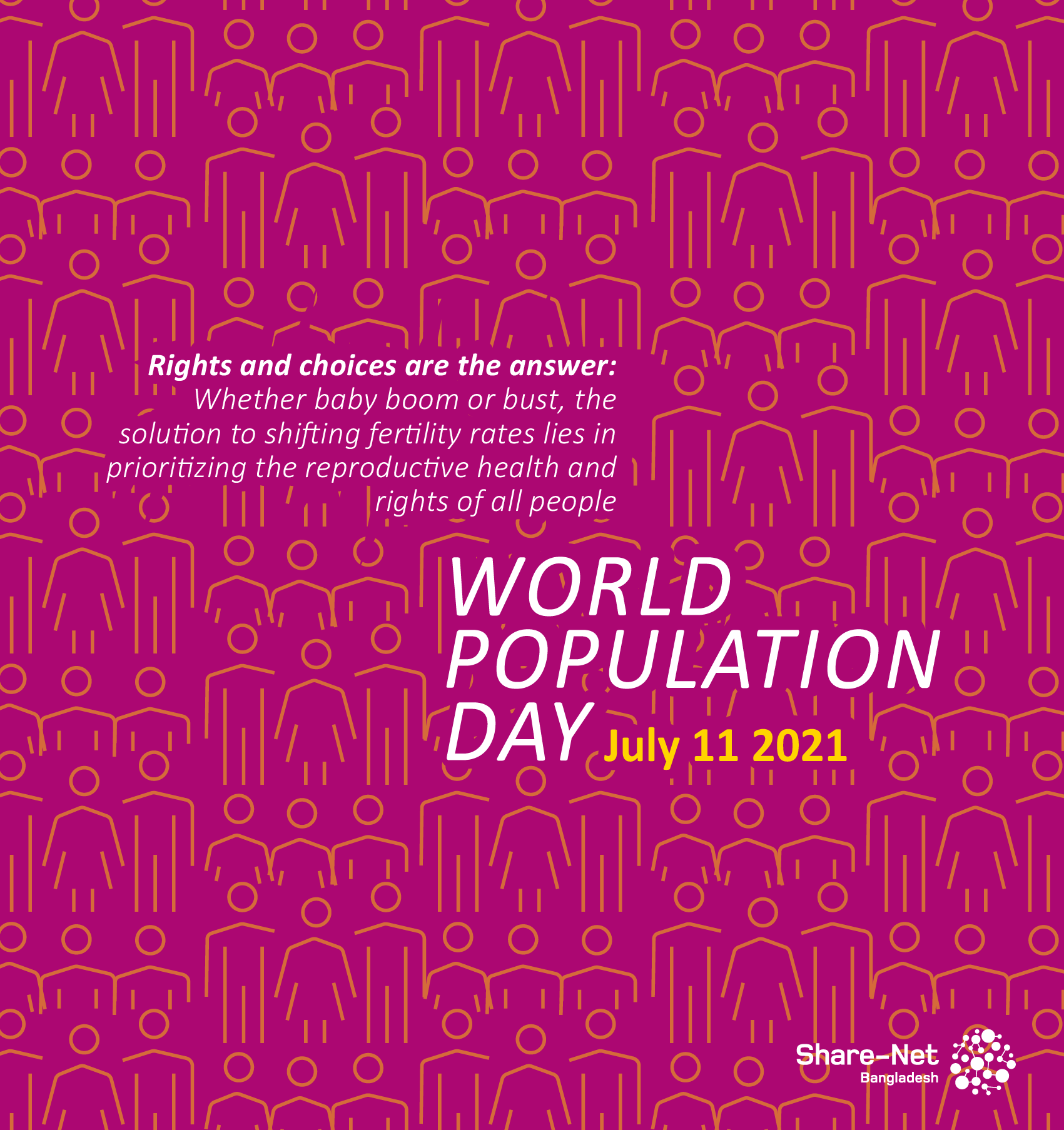 To bring awareness of the population issues, UNFPA celebrates World Population Day each year on 11 July 2021. The theme of the day this year in the context of COVID-19 is ‘Rights and choices are the answer: Whether baby boom or bust, the solution to shifting rates lines in prioritizing all people’s reproductive health and rights’.

Due to the current pandemic situation, healthcare support system are going through tremendous pressure around the world, as well as in Bangladesh, which has affected access to sexual and reproductive health services to a great extent. Child marriages, gender-based and sexual violence have also seen an upward curve since last year. On this year’s population day, let us be enlightened with the facts and the future population prospects in our country.

The total fertility rate per woman is 2, which means that each woman gives birth to 2 children on average in a year.

Shedding light on the factors behind the growth:

Reasons for Bangladesh’s continued growth include low contraception use, child marriage, and high total and adolescent fertility rates. Bangladesh is among the top 10 countries in the world for child marriage. It is eighth from the bottom in South Asia, according to a UN report that said Bangladesh has a 51% child marriage rate.

According to the gender justice and diversity department of BRAC, child marriage has increased by 13% as per its study on the impact of the COVID-19 pandemic on women and adolescents in 11 districts across the country in 2020. This is the highest rate of child marriage in Bangladesh in the last 25 years.

The country had been becoming a role model in various social advancement indexes, and had reduced child marriage to a great extent. However, according to the survey, the loss of income of parents and school closures amid the pandemic are the main reasons behind the increase in child marriages.

According to New Age BD, Prime minister Sheikh Hasina in her message on the occasion, called upon all concerned to ensure the optimum utilization of service infrastructures at the grassroots for reproductive healthcare, family planning, maternal and child healthcare services.