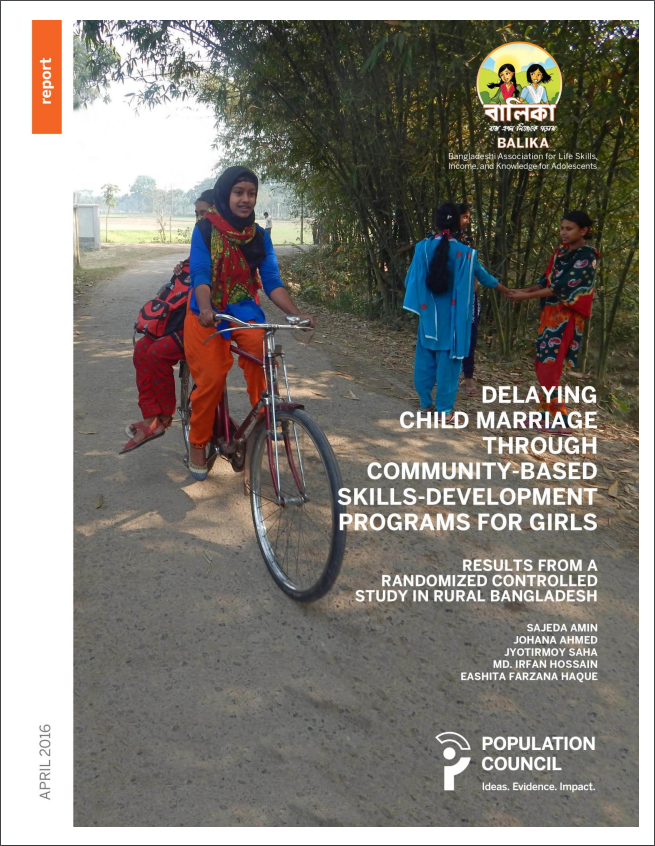 In 2012, Population council and partners started a 4 year randomised controlled trial, with the aim to find strategies which are proven to be successful in reducing child marriage.