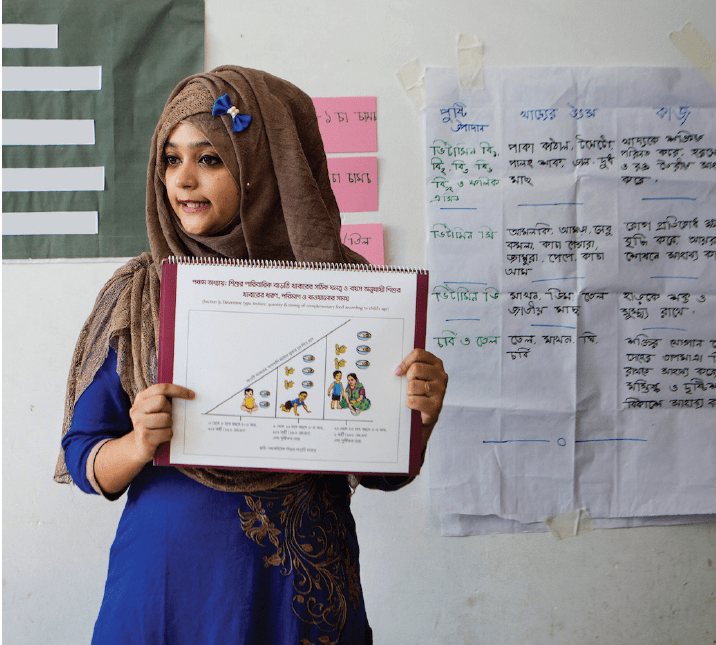 The purpose of this study was to evaluate the effect of the HERhealth model on female factory workers’ SRH knowledge, and FP and menstrual hygiene behaviours in Bangladesh.

The HERhealth model in Bangladesh

Led by Business for Social Responsibility (BSR), the Health Enables Return (HER) project brings together global brands, suppliers, and NGOs to implement a series of interventions focused on health and financial inclusion. One pillar of the HERproject is HERhealth, which delivers health information directly to female factory workers while strengthening the capacity of factory clinics to deliver expanded health services, specifically expanded availability of health products for workers. To date, HERhealth has been implemented in nine countries including Bangladesh.

From 2015 to 2017, the Evidence Project, the United States Agency for International Development’s flagship project for implementation science in FP, partnered with BSR to evaluate the effectiveness of the HERhealth model for improving female factory workers’ health and identify ways to optimise the HERproject for scale-up. Using a difference-in-differences analysis, this research article present findings from the evaluation of the HERhealth model.

The rapid growth of Bangladesh’s ready-made garment sector has transformed the country’s economy while also employing a predominantly female workforce. Companies have begun collaborating with NGOs to provide health messages to and expand health services for workers.

This study evaluates the effect of the Health Enables Return (HER) health model’s approach of using peer health educators to deliver health messages and increased availability of health products.

Using repeated cross-sectional data from female workers in HERhealth and comparison factories between May 2015 and March 2017, baseline (n = 1704) and endline (n = 1503) samples were matched on eight characteristics and then difference-in-differences estimations were used to determine the effect of the HERhealth model on knowledge and behaviours.

The average changes over time in knowledge and behaviours were statistically different between the HERhealth and comparison factories. 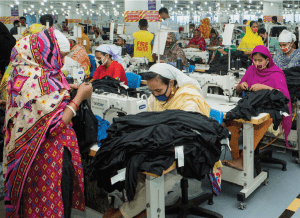 Knowledge of when a woman is at higher risk for pregnancy during her menstrual cycle increased from baseline to endline in both groups but was 12 percentage points greater in the HERhealth factories than in the comparison.

An increase in family planning use among ever-married women was observed in the HERhealth factories but decreased in the comparison factories leading to a 12 percentage point difference-in-differences.

The greatest effect of the HERhealth model was observed on women’s use of sanitary products for menstrual management which significantly increased in both groups, but the increase was 35% greater in the HERhealth factories.

The HERhealth model is effective in increasing knowledge and in improving health behaviours when health products are available in factory infirmaries.