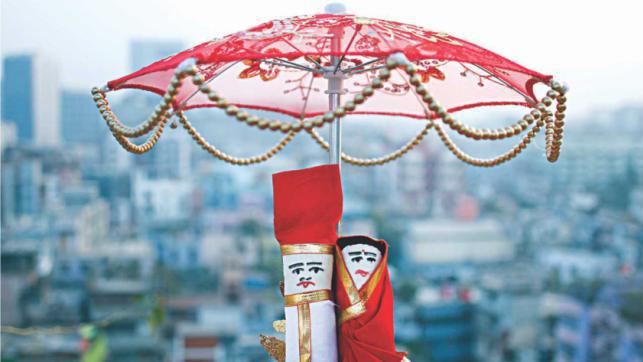 Samajik Protirodh Committee (SPC), a platform of 70 women, rights and development organisations, yesterday denounced the enactment of the Child Marriage Restraint Bill 2017 with keeping intact a provision for “special circumstances”.

Meanwhile, Child Rights Advocacy Coalition in Bangladesh (CRACB) in a separate statement also expressed its concern over the special provision.

The bill was passed despite many pleas, petitions and protests by rights groups which “think it is never a good idea to keep any room for marriages prior to one’s adulthood in a country where one of the world’s highest percentage of child marriages take place”.

On Jan 27, parliament passed the bill with 18 and 21 as minimum marriageable age for women and men respectively.

However, the “special circumstances” provision of the law would permit parents and in the absence of parents, a girl’s or boy’s guardians, to get a court order and marry their wards off even before they reach the minimum marriageable age in their (the children’s) “best interests”.

The enactment of the bill with keeping “special circumstances” provision is very unfortunate not only for the women and children, but also for the whole nation, says the SPC statement.

Though different organisations demanded scrapping of the special provision, the bill was passed, keeping that provision, SPC said, adding that the provision was risky for both male and female children.

It also placed an eight-point demand for the authority’s consideration to prevent “wrong explanation” of the “special circumstances” provision.

Meanwhile, Girls not Brides Bangladesh Jote, an NGO, said the government took many steps for the empowerment of women, but such bill was never expected.

It also expressed frustration as the bill was passed against the longstanding demand of different organisations to scrap the special provision.