News Round Table Meeting on ‘Violence Against Women’ 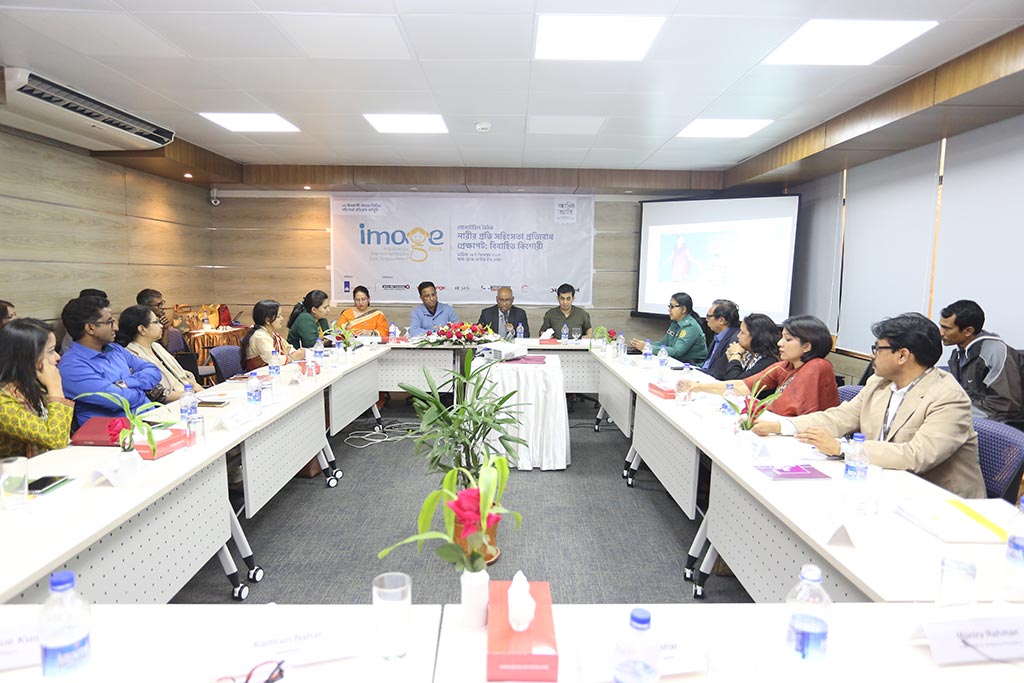 Round Table Meeting on ‘Violence Against Women’

With the slogan ‘Leave No One Behind’ TDH and Red Orange LTD have organized round table meeting with the participation of the partners, donors and other guests were effective. They have discussed many issues related to women and adolescent girls who still experience or previously experienced violence by the family members. Many NGO representatives have come up with different ideas to reduce the rate of VAW (Violence Against Women) in the meeting. They have discussed knowledge needs to be shared among family of both male and female adolescents.

Ms Mushfiqua Zaman Satiar; Senior Advisor-SRHR and Gender of the Embassy of the Kingdom of the Netherlands has said, ‘Our focus should be always into how to get along with government more. We have to increase government engagement. We have system but need to strengthen the service sector. We have established system but need to access. We have to seek help from government to get the service. We need to share to strengthen the initiative. We need to unite all.’

Deputy Commissioner, women support investigation unit DMP, Ms. Farida Yasmin has said, ‘60% case are by women and adolescent and dowry is the main issue.’ She has also said, ‘Religious violence from family is another crisis for VAW issue. Girls are being deprived from family as well.’ She has mentioned that fake birth registration certificate is available and this matter should be strictly maintained and handled. She has also emphasized men’s role which is very important to create awareness.

Ms Sigma Ainul, Program officer from Population Council, has mentioned ‘Stereotype attitude has to be broken’. She also referred some important point like being more cautious while collecting data and ratio and more careful while taking information from the victim because of the safety of the victim.

Ms Rashida Parveen has said; ‘Married adolescent abuse rate is very high than unmarried ones’. She has also mentioned that media is playing great role for creating awareness regarding early marriage.’

Banasree Mitra Neogi, Gender Advisor from ‘Manusher Jonno’has said ‘The day a girl becomes married, she enters into a violence.’ She has also said, ‘Family awareness program should be created more. We need to talk with parents. Girls should be involved more with outdoor sports activities. Physically active girls are strong. They can easily say NO to the unfair.’

‘You have to enter into a complete clever way. This is how our strategy should be’ has said Dr. Halida H Akhter.  She has mentioned that we have to keep in mind how we can delay or deny the fact of child marriage. We have to create a message to reach all the community in a high rate. Each Family must understand the girl’s protection and security’. She has also mentioned some other important fact. According to real scenario, there were certain findings, like many unmarried girls are the victim of unwanted pregnancy but when they went for MR to the hospital, 7% among them were refused as they were unmarried. This problem has to be understood and solutions are needed to find out. This kind of barrier should be broken or solved. Male and family maker’s involvement is very important.

The round table session has created an environment for the betterment of the condition of the early married girls.