Tools Sexual Harassment and Rape in 2019 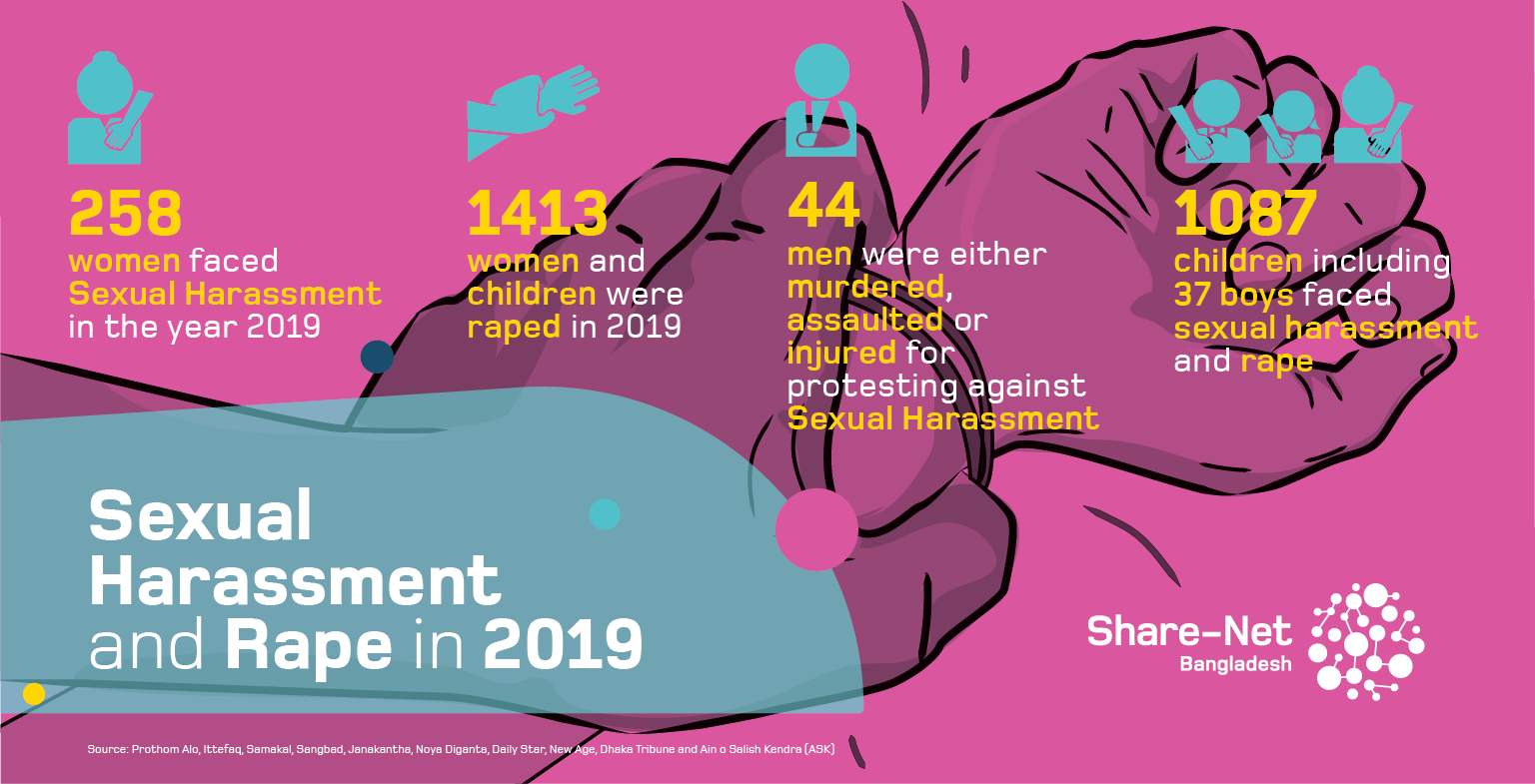 Sexual Harassment and Rape in 2019

Ain O Salish Kendra announced that the number of rape has doubled in 2019 than that of the previous year. They stated the facts and figures of their report titled ‘Human Rights Situation 2019’, at an event in the National Press Club.

The report states that 1413 women and children were raped in 2019. 76 women died after rape and 10 women committed suicide. There were 224 reports of attempted rape.