News Sexual Harassment and the Law: Where’s the Problem? 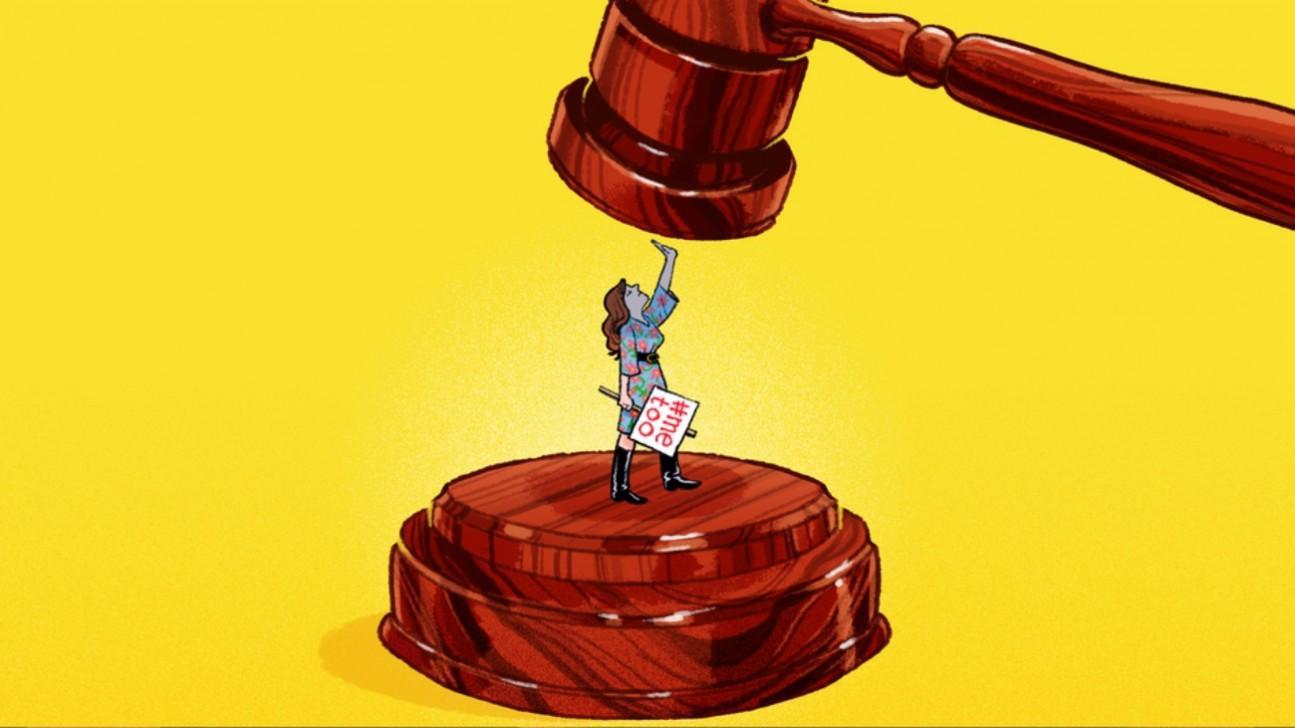 Sexual Harassment and the Law: Where’s the Problem?

For instance, there are certain (albeit archaic) legislation which can arguably be used to penalise acts of a man sexually harassing a woman. Section 509 of the Penal Code 1860 criminalises acts, words and gestures intended to “outrage the modesty of a woman” with a prison sentence that may extend to one year along with fines. Needless to say, the problematic wording of this colonial law invites sexist biases and unwarranted discussions about a woman’s “modesty” which can end up victimising her rather than offering protection. Additionally, section 10 of the Nari-O-Shishu Nirjatan Daman Ain 2000 introduced an offence termed jounopiron (commonly translated as “sexual oppression”) to criminalise the act of someone who touches a woman or child (with any part of their body or with an object) or “violates a woman’s modesty” (narirshilotahanikoren) in order to “illegally satisfy their sexual desires.”

As one can see, Section 10 is substantially similar to Section 509 since female “modesty” is still a point of focus. The punishment prescribed in Section 10 however, is imprisonment between two to 10 years, which is much higher than the maximum one year under Section 509. This is yet another example of our legislators’ tendency to implement legal reform on violence against women by simply increasing the penalty while preserving the archaic substance and definition of the offence itself.

In a 2011 High Court judgment arising out of a subsequent writ filed by BNWLA challenging the prevalence of stalking and “eve-teasing”, the court recognised that the government did take certain steps to tackle sexual harassment (31 BLD HCD 324), following the directives issued in the 2009. One of these steps was a proposed amendment to the 2000 Act, incorporating a new sub-provision to Section 10 titled “Penalty for Sexual Harassment” which defines sexual harassment as a distinct offence and imposes imprisonment ranging from one to seven years and also a fine. As such, when issuing the directives for this case, the Court stated: “Government shall, on an urgent basis, complete its initiative to insert a new section in the Nari-O-Shishu Nirjaton Daman Ain, 2000 defining the mischief of ‘Sexual Harassment’ in the light of the definition given by us.” Eight years since, the government is yet to implement this legal reform which it was directed to conduct on an “urgent basis.”

While the BNWLA judgments are relatively well known, a much earlier and less appreciated case pertaining to sexual harassment is that of Shamsun Nahar vs. British American Tobacco Bangladesh (66 DLR AD 80) where a female employee sued the organisation for its failure to protect her from and respond to complaints about the continual sexual harassment she faced from two of the company’s managers, and its decision to dismiss her instead of the alleged perpetrators. Although this case was filed in 2004, the trial is still pending due to the various technical grounds on which BATB has appealed to the Supreme Court utilising the Code of Civil Procedure to their advantage and arguing for the case to be struck out.

In 2018, BNWLA along with eight other organisations jointly submitted a draft law titled Sexual Harassment at Workplace Act 2018 to the law ministry, which formalises the 2009 guidelines and imposes a statutory obligation on all organisations to have Sexual Harassment Complaint Committees. Momentum surrounding a specific sexual harassment law has been magnified in the aftermath of Nusrat Jahan Rafi’s heinous murder, since many argue that it is precisely the lack of a Sexual Harassment Complaint Committee in the Sonargaon Madrasa (owing to absence of legislation mandating it) that impeded Nusrat’s ability to seek recourse against the accused principal which in turn prolonged her ordeal. It has been over 10 years since the High Court issued its landmark guidelines to prevent sexual harassment; how many years from Nusrat’s death will it take for the sexual harassment bill to finally be passed and strongly enforced so that victims of sexual harassment do not have to face the painful circumstances that Nusrat did?