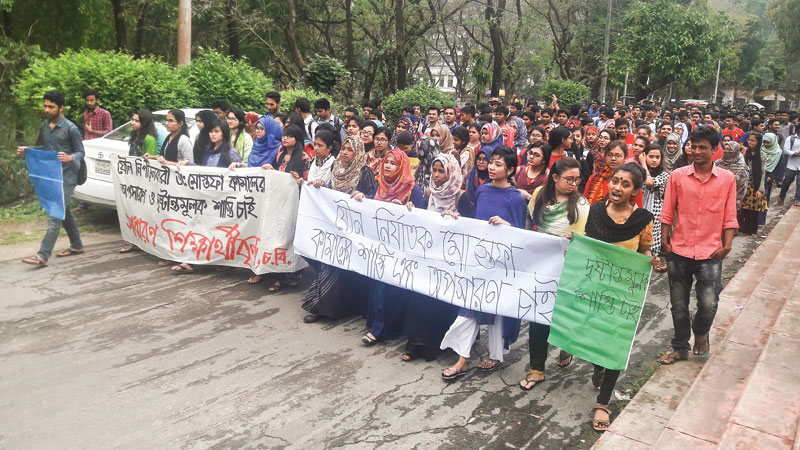 The students of Chittagong University (CU) yesterday formed a human chain on the campus yesterday protesting the alleged sexual harassment on female student by staff on Friday, March 10.

CU students of different  departments under the banner ‘Students of University of Chittagong’ demanded immediate punishment of the accused. Some teachers of the university expressed solidarity with the initiative.

Different organisations also expressed solidarity with the students and joined the human chain and procession, said the CU sources.

The chief of the committee and Pro Vice Chancellor of CU Prof Dr Shirin Akter said, “We will investigate the matter and submit the report as soon as possible.”