News Sharp rise in Child Marriage and VAW in 2016: BMP 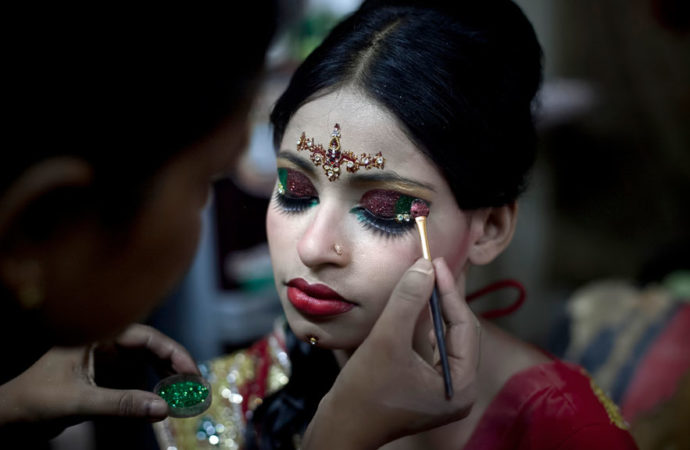 Sharp rise in Child Marriage and VAW in 2016: BMP

Bangladesh Mahila Parishad (BMP), a human rights organization, prepared a report based on information from 14 national dailies which state the number of child marriage was 177 in 2016, almost twice from the previous year which was 94.

The report also implies that 2016 was the worst for women in last four years, with a noticeable increase in terms of several forms of violence.
According to the study, as many as 4,896 women and girls were subjected to multiple forms of torture in the entire year. Although, less number of women and girls were trafficked last year than the previous years, but the numbers still remain high.

Rakhi Das Purkayastha, General Secretary of BMP, told journalists about the lack of alternatives to change the mindset towards women for their safety.

Completion of trial and their execution will boost awareness of women’s rights. She insisted that all crimes should be reported to ensure justice for victims.

The role of law enforcers, administration and the judiciary to help change the situation was heavily stressed upon, otherwise the country would see worse results, she said.