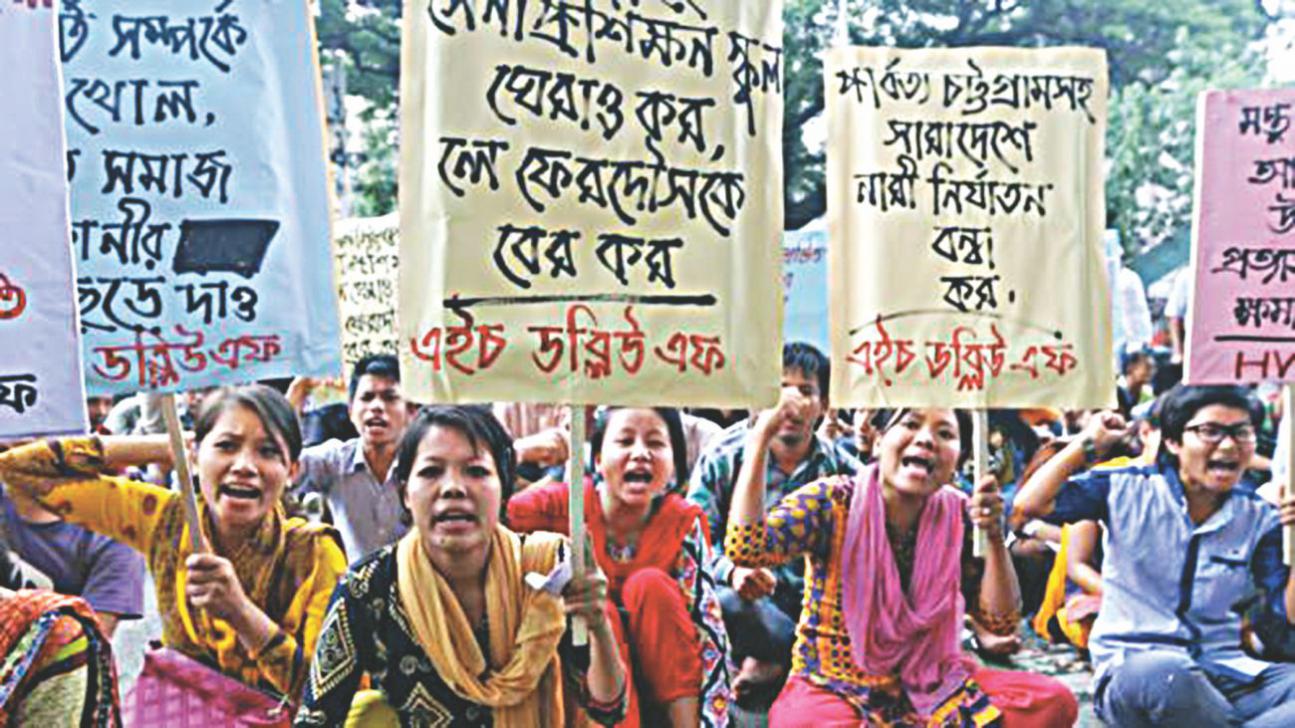 Kapeeng Foundation, an indigenous rights organization has found that between 2013 and 2017, there have been 364 cases of human rights violation against indigenous women and girls in Bangladesh. Between January to June of 2017 there have been 10 rape cases, 3 are murdered after rape, 8 are attempted for rape and 6 other felt the sexual assault.

According to UN, indigenous people covers the only the less than 5% of the world population. Their rights are not separately mentioned in 17 Sustainable Development Goals though it falls in the category of goal 5mentioning gender equality.

Indigenous women are prone to sexual violence and harassment in Bangladesh because of their social, economic and cultural position. They are double marginalized in every sections; one as being women and another is being indigenous.

Bangladesh Budget 2016-2017 does not allocate separate budget for the indigenous people and so, they remain as more vulnerable community.  There is a need for sex-disaggregated and ethnicity-disaggregated data on sexual and gender-based violence against women and girls. They are intendedly absent from the Voluntary National Review (VNR) of the UN High Level Political Forum which reviews country’s progress to achieve SDG goals. Though there was discussion on indigenous people, their original voice is missed from the program. They are excluded by the government and also the civil society.

“Deliberate exclusion of indigenous people, especially women, is increasingly representative of a culture of conformity in Bangladesh today,” according to Khushi Kabir, coordinator of Nijera Kori and member of the International Chittagong Hill Tracts (CHT) Commission.

“We, the indigenous people, have been fighting year-round for social change,” says Jyotirindra Bodhipriya Larma, president of the BIPF and chairman of the CHT Regional Council.

The fight for rights by the indigenous women is included as on the great spectrum of achieving women’s rights in Bangladesh.