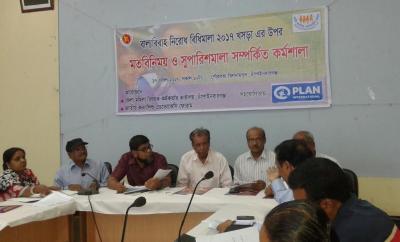 Speakers called upon conscious people for social initiative towards building a society free from child marriage on April 17, reports BSS.

They viewed that flourishing their latent talents together with building them as educated and worthy citizens could be the vital means of founding Bangladesh as a dignified nation in near future.

More than 40 members of the civil society including officials of all line departments, professional leaders, school teachers and other stakeholders were present in the meeting.

They said responsive support from the community, especially teachers, parents and influential leaders is a must for reducing child marriage.

They also mentioned there is no alternative for creating community awareness through raising school-based awareness on adolescence for combating the existing rate of child marriage.

Terming child marriage as gross violation of human rights, they said children are being married off frequently, despite multifarious interventions by the government and non-government organisations concerned.