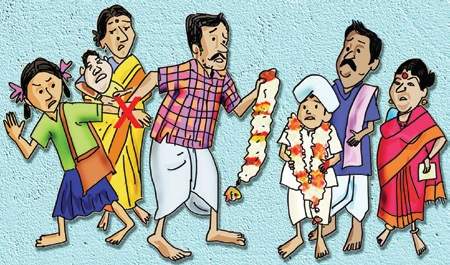 The number of child marriages is declining in Bangladesh. However, the predominant patriarchal values of the society have not changed. It was believed earlier that education and economic solvency would liberate women but this paper reflects that education and economic solvency alone cannot change deeply entrenched social values. Bangladeshi society does not honor even highly educated and financially solvent women if they are unmarried. For women, it is unthinkable to remain unmarried.

Child marriage is the primary reason that Bangladeshi girls lag behind in education. It also undermines women’s basic freedoms and control over their own lives. Child marriage occurs as a result of the profit-making motive of the people of Bangladesh. Here, female sexuality is controlled through early marriage and the custom of purdah, which limits the social interactions between men and women. Here, in our society, being married is the only solution to sustain sexual purity which is the utmost important factor in maintaining the reputation and honor of family in the society. Thus, it is believed that child marriage prevents girls from having any pre-marital sexual relation which is forbidden in the society. In order to change such patriarchy attitude which results in child marriage, the state should take necessary steps.