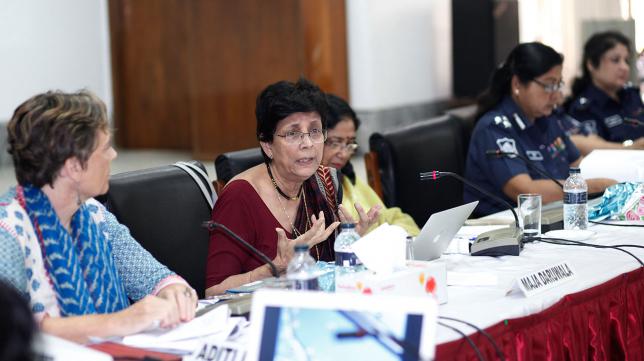 A study by Commonwealth Human Rights Initiative (CHRI), which is an independent, non-partisan, international non-governmental organisation, revealed at a programme on “The difficult path to equality for women police in Bangladesh” that over 10 percent female police constables are being victimised of sexual harassment in their working places.   The release was made by joint organization with Manusher Jonno Foundation (MJF) and CHRI at Cirdap auditorium in Dhaka.   The study also unveiled that three percent sub-inspectors and assistant sub-inspectors of police have also been becoming the victim of sexual harassment while high officials in police cadre are not out of the harassment.