Features The 6th SRHR Knowledge Fair just had its triumph! 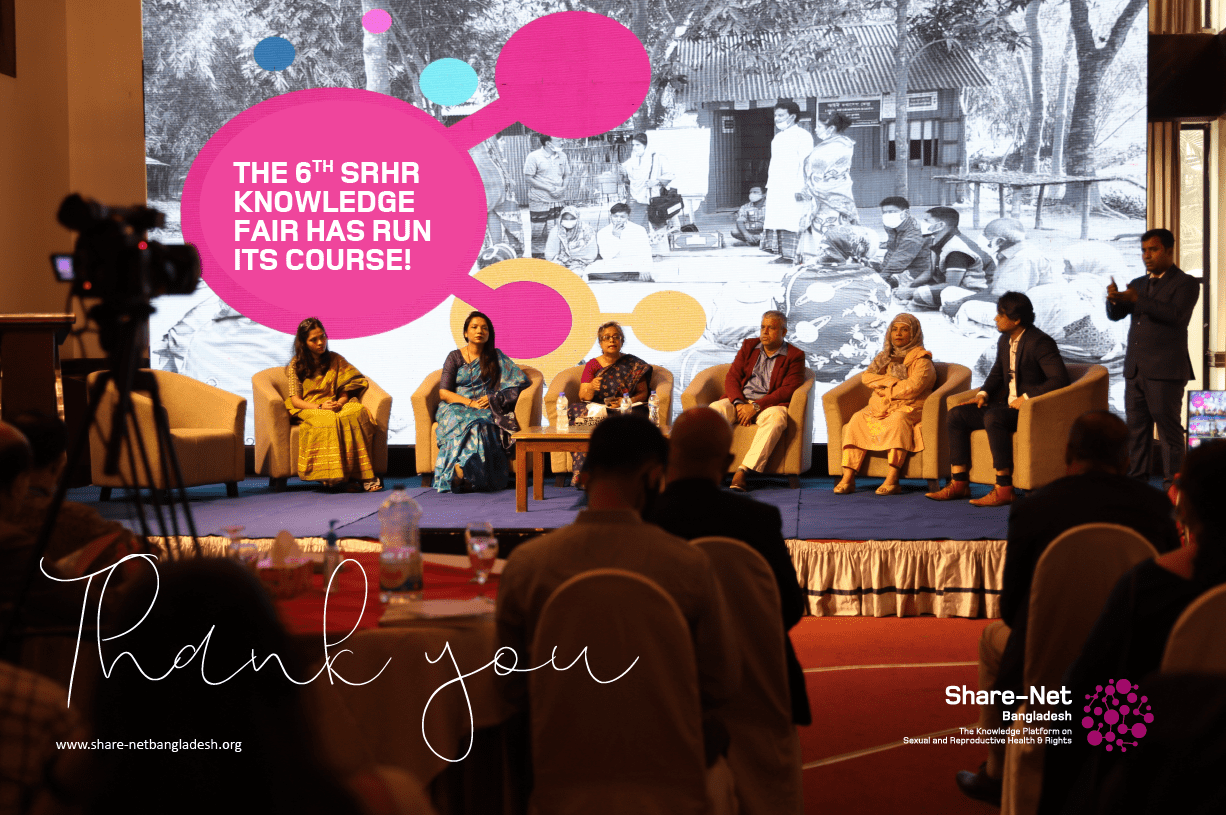 The 6th SRHR Knowledge Fair just had its triumph!

Share-Net Bangladesh just run its course with a successful SRHR Knowledge Fair of 2021 at Spectra Convention Center in Dhaka on 21st November 2021.

It has come to a strong realisation that the climate change has negative impacts reproductive health in people living in coastal areas in Bangladesh and these issues should be an integral part of climate change adaptation programs, according to the climate change and health experts in the discussions took place at the event.

Arnob Chakrabarty stated that climate change is having adverse effects on the Sexual and Reproductive Health and Rights (SRHR) of those living in the most marginalized parts of Bangladesh, especially women and girls. “Studies have shown how climate change is interconnected to the increased number of child marriages in rural and remote areas.”

Climate change is also leading to miscarriages and infertility among women living in the char and coastal areas, endangering their reproductive health, he added.

Dr Ubaidur Rob expressed the need for evidence on the issue of climate change impacts on SRHR.

Ayesha Taasin Khan shared that they are generating union and upazila level data through their projects on climate-induced SRHR challenges that they are willing to provide for large-scale government programs.

The discussants also emphasized the importance of incorporating SRHR into policies and programs relating to climate adaptation.

The bright young researcher fellows of Share-Net Bangladesh gave intriguing presentations on child marriage and gender-based violence escalating as consequences of climate change which were thoroughly appraised by the discussants.

Mushfiqua Satiar said: “The donors will prioritize those proposed projects on climate change that will contain the element of gender.” 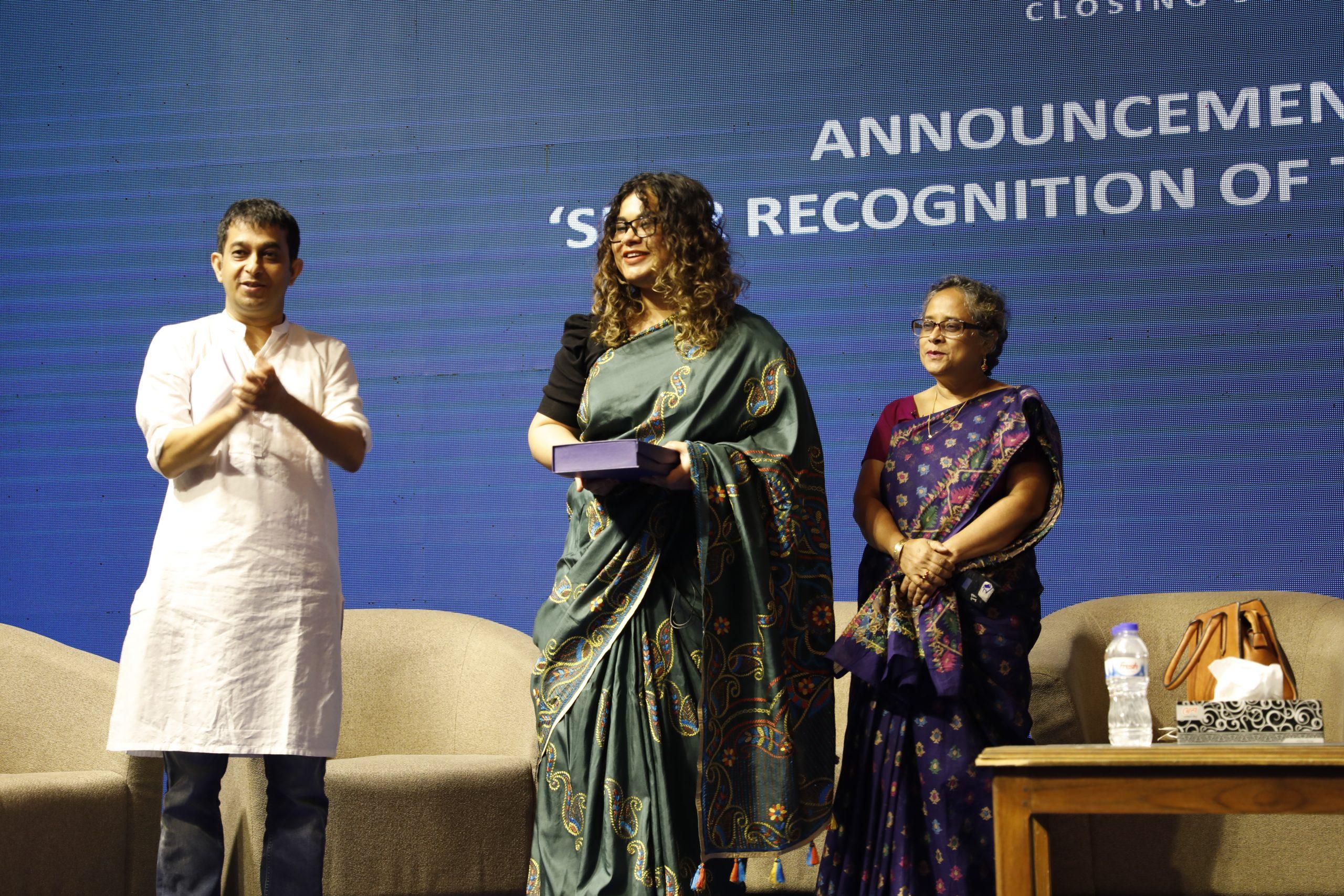 During the closing session of the event, Prof Dr Bellal Hossain from the department of Population Sciences of the University of Dhaka shared their work on a noteworthy project named RISE, which focuses on SRHR issues related to climate change.

Share-Net Bangladesh delivered the “SRHR Recognition of the Year 2021” awards to Noorin Suhaila Asjad of Oroddho Foundation in the Youth category and to former Dhaka Tribune journalist Muktasree Chakma Sathi of Supporting People and Rebuilding Communities (SPaRC) in the general category.

Finally, with its amazing features, the new “Share-Net Bangladesh” mobile application was launched. It is currently available in the Google Play Store and it a matter of two week it will become available on Apple’s App Store. 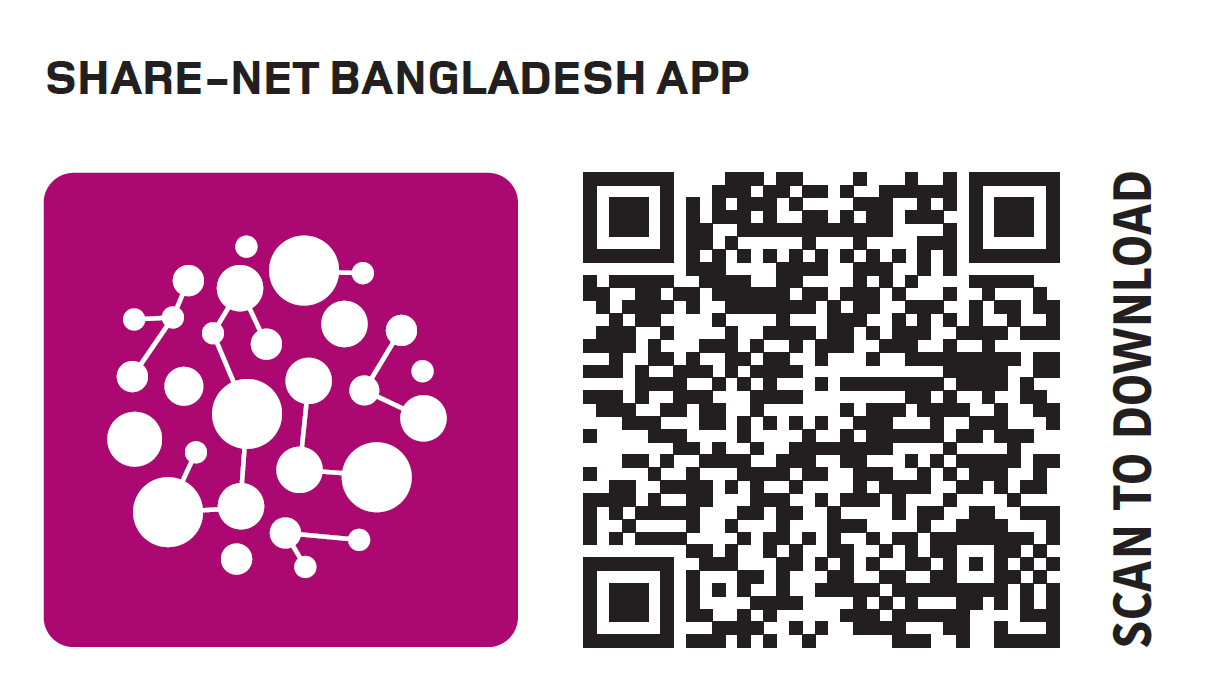 Scan the QR code above to download the Android version of the app.

At the end, Arnob Chakrabarty called upon the entire team who organised the event and gave a round of applause for their hard work in making the event successful.