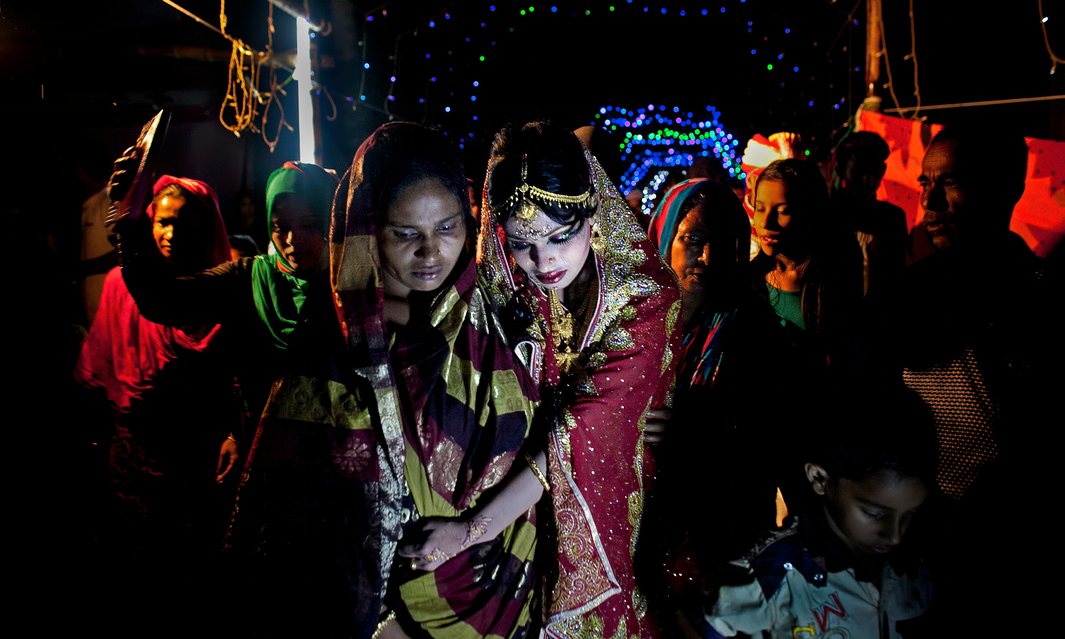 The practice of early marriage for women is prevalent in developing countries around
the world today, and is believed to cause significant disruption in their accumulation of human capital. This paper develops an overlapping generations model of the marriage market to explain how the practice may be sustained in the absence of any intrinsic preference for young brides. We assume there is a desirable female attribute, relevant for the gains from marriage, that is only noisily observed before a marriage is contracted. We show that, in equilibrium, its prevalence declines with time spent on the marriage market and, thus, age can signal poorer quality and, consistent with the available evidence, require higher marriage payments. Model simulations for the case of Bangladesh show that (i) an intervention that raises the opportunity cost of marriage for adolescent girls can make it more and more attractive for future cohorts to postpone marriage such that its long-term impact on marriage and subsequent life choices may well exceed the impact on the first cohort which is exposed to it; (iii) a small-scale randomised control trial of the same intervention would significantly under-estimate its efficacy by failing to capture equilibrium effects.

Read the full article: A Theory of Child Marriage by Zaki Wahhaj