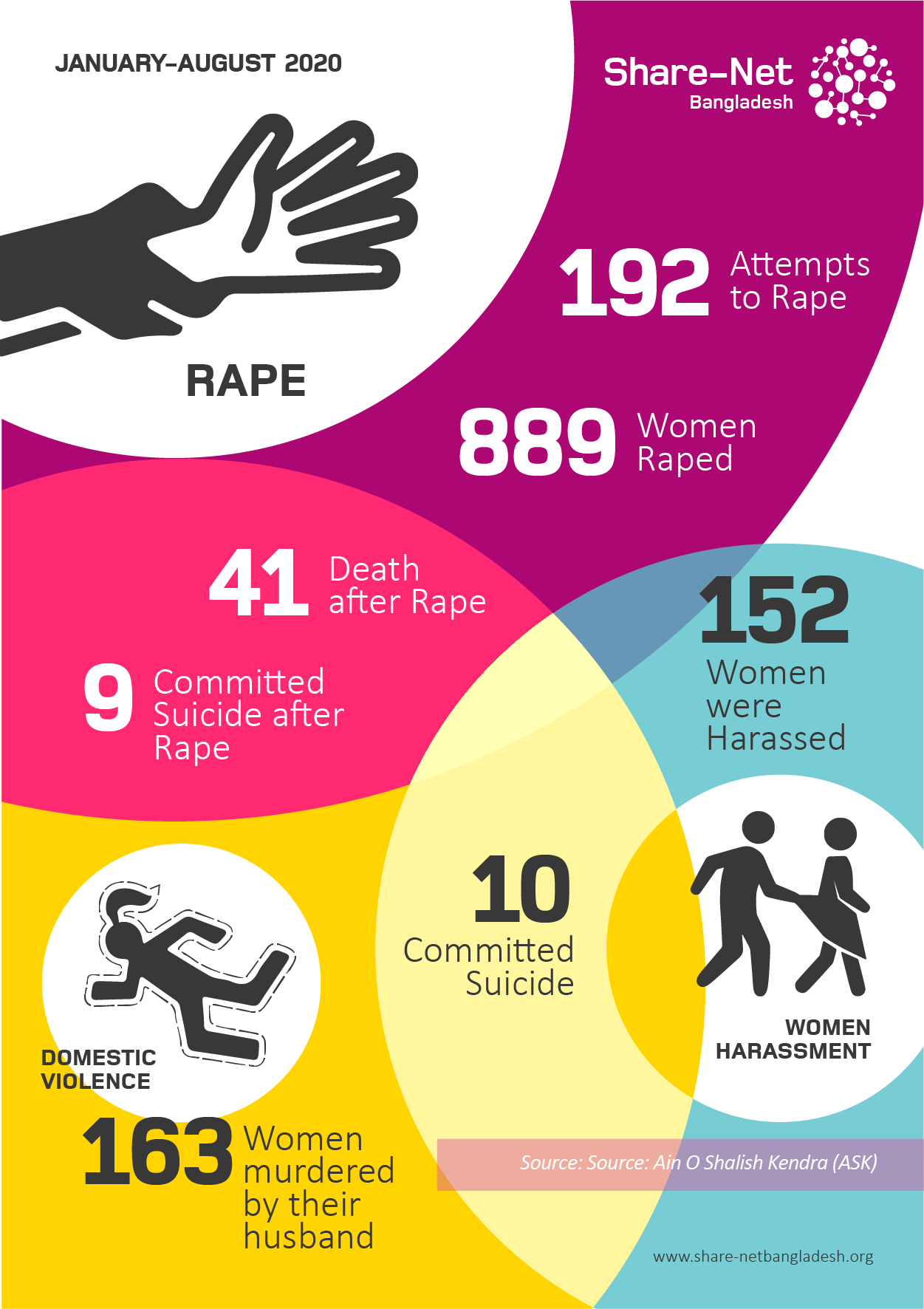 Violence against women is a burning issue in present day Bangladesh. The raised-notch of the violence against women from January to August 2020 is an awful one that raises questions about the safety of women in Bangladesh. The statistic reflects that we are incapable of protecting or creating a space for women the so-called ‘weaker sex’ and also the children where they can live safely. Women face violence in all sectors of our social life starting from their homes to their workplaces. According to Ain Salish Kendra (ASK), a Legal Aid & Human Rights Organization in Bangladesh, 889 women are raped, among them 9 women committed suicide and 41 were murdered after being raped. 152 women have faced harassment in their own household and work places of which 10 committed suicide after not being able to stand the trauma they have experienced. There is also the case that 192 women faced the attempts of rape. The shocking statistic of domestic violence against women leaves the conscious mass with grief and wrath as well. Women numbering 162 were murdered by their husbands along with their other associates of the households. This is an awful scenario we are left with at present. All these evidence evidently show that women are not safe at all neither in their workplaces nor even in the family where they live assuming to be safe and protected. Now the question rises about how many of these cases reported are legally taken seriously or are dealt strictly so that the perpetrators do not slip off the punishment for their criminality.