Funding Opportunity WHO Presents “4th Health for All Film Festival 2023” 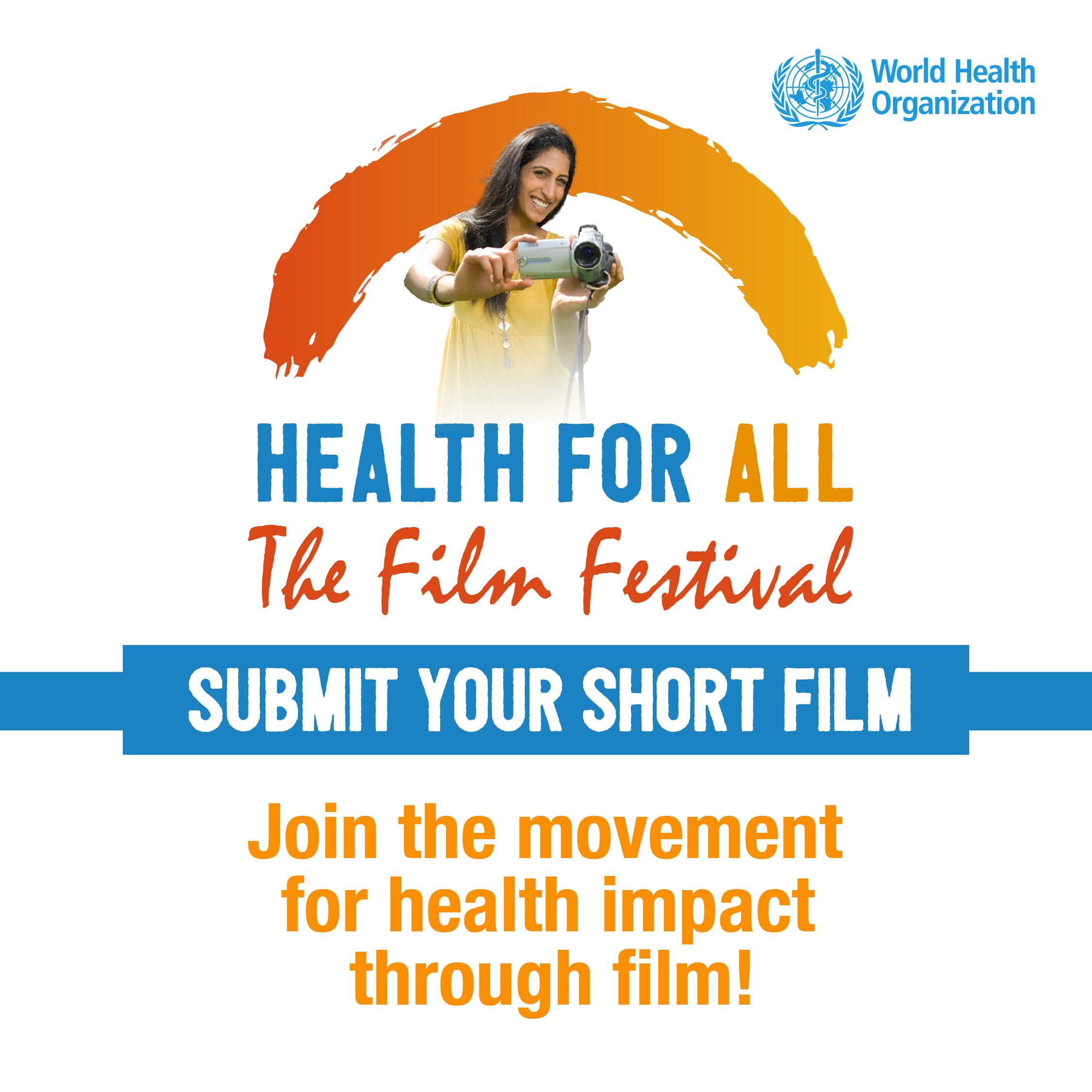 WHO Presents “4th Health for All Film Festival 2023”

HAFF’s fourth official selection of about 70 short films will be presented to the public in April 2023 via the WHO YouTube channel and  WHO film festival homepage. Winners from this selection will be announced by mid-May 2023.

In submitting a short film, the copyright owner of the film has to choose one category of competition among the three described below, which relates to WHO’s global health goals set out in the  Thirteenth General Programme of Work (GPW13). Each winner will receive from WHO a trophy, a certificate and a payment of their copyright so that WHO could promote their film on its channels and events (see festival rules below).

Candidates can submit short documentaries, fiction films or animation films of three to eight minutes in length for the categories below, with exception of the Very Short Film category dedicated to shorter clips made for social media platforms.

3. Better Health and Well-being – films about environmental and social determinants of health as well as other non-medical conditions for a good health, such as nutrition, sanitation, pollution, gender, physical activity, and/or about health promotion or health education.

Special Climate Change and Health Film Prize – Films about the health benefits of innovative solutions or ideas tackling climate change. Local or national stories are welcome in the perspective of such solutions to be scaled up around the globe, or simply those ideas to be better known. For instance, they could relate to:

More information about WHO’s work on Climate Change and Health

Special Sexual and Reproductive Health (SRH) Film Prize – Films considering SRH and rights as a fundamental element to the overall health and well-being of individuals, couples and families, and to the social and economic development of communities and countries. This HAFF special prize and its shortlist of films will be a contribution to the 50th anniversary of the Human Reproduction Programme (HRP) also known as the UNDP / UNFPA / UNICEF / WHO / World Bank Special Programme of Research, Development and Research Training in Human Reproduction.

For instance, the short films submitted could cover any number of topics including:

Student Film Prize – Films produced by students who can justify the films made during their university studies.

Very Short Film Prize – Films between one to two minutes and 30 seconds (1’00” to 2’30”) about any health-related topic previously described in the three main competition categories, including climate and reproductive health.

Please read the complete application rules if you’d like to know more about our terms and conditions. Any candidate whose film may be selected will be required to return these rules to WHO with their signature for their endorsement. This will be a condition for confirming the selection of their film.