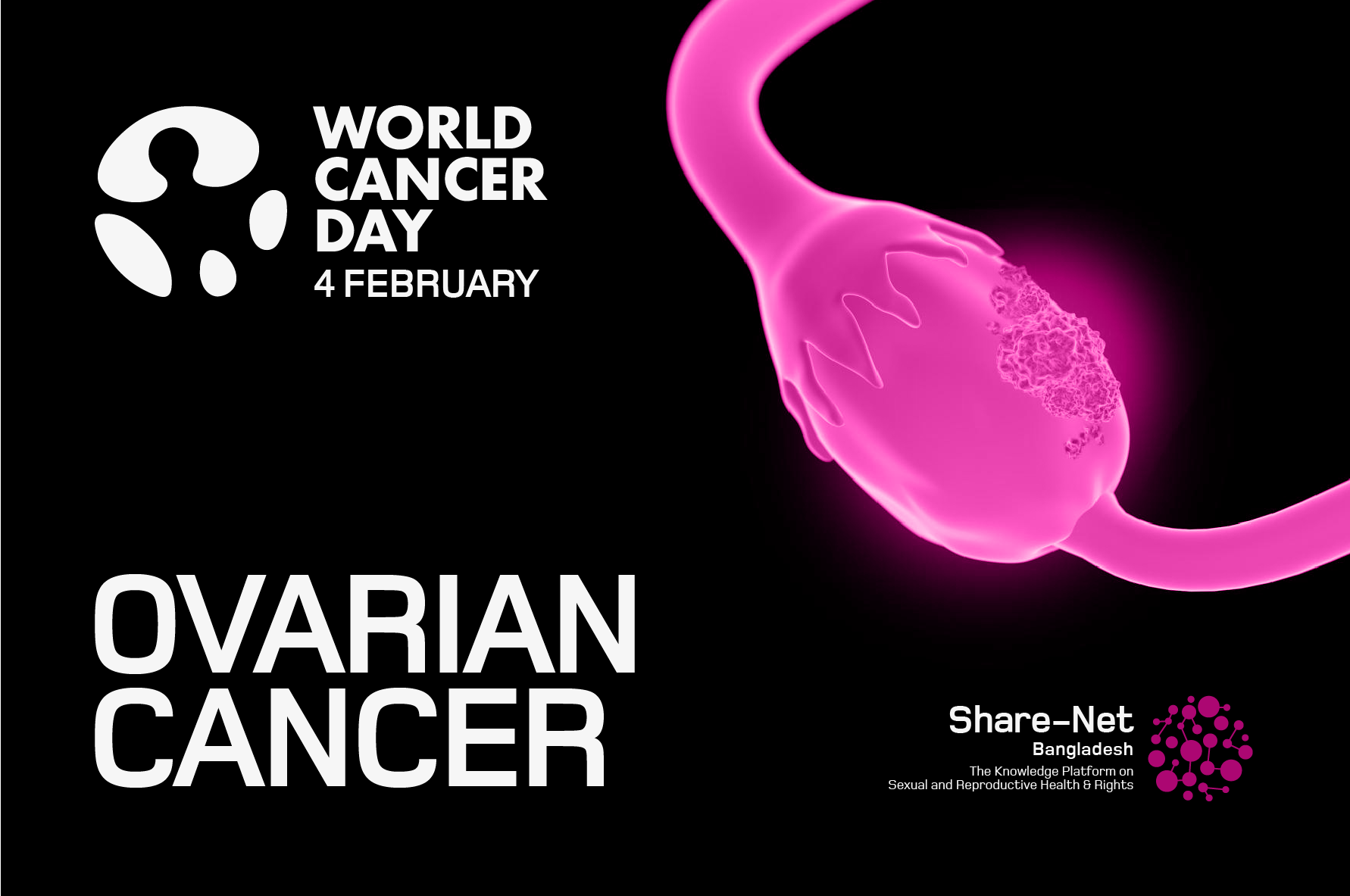 Ovarian Cancer is not as common as cervical cancer, and it can not be detected with the Pap test. The symptoms that accompany ovarian cancer can be easily mistaken as common digestive or gastrointestinal problems. If ovarian cancer advances to a further stage, the symptoms might become prominent. People who have a family history of ovarian cancer are more at risk. Doctors say that taking oral contraceptives on a regular basis can reduce the risk of developing the disease.

The 2010 statistics for Bangladesh on age standardized death rates per 100,000 ranks ovarian cancer as the 45th highest cause of deaths in the country. ‘Ovarian.org’ stated that 1 in 78 women will be diagnosed with ovarian cancer in their lifetime. Due to its supposedly ‘normal’ symptoms, ovarian cancer is rarely detected in its early stage. This results in a very low ovarian cancer survival rate as most cases are detected at a stage when it is too late.

As the name suggests, ovarian cancer takes place in the ovaries. Women have two ovaries on each side of the uterus. According to Mayo Clinic, each ovary is about the size of an almond. The cancerous cells form inside or around the ovaries. Ovaries are responsible for producing oocytes (eggs), and the hormones- estrogen and progesterone.

Who is at risk?