News 16 to die for Nusrat murder 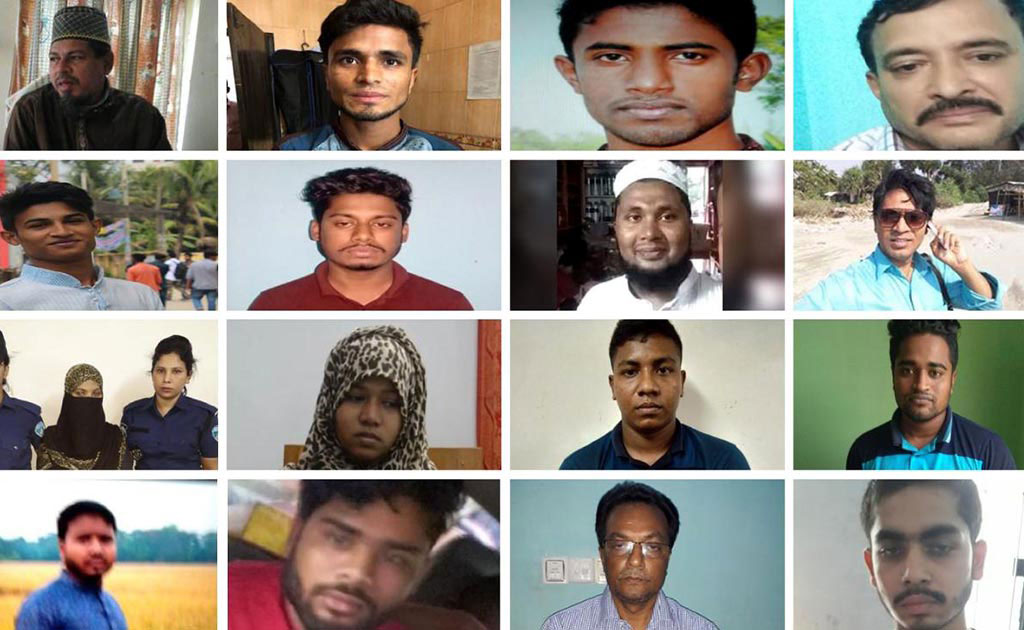 16 to die for Nusrat murder

A Feni tribunal has sentenced 16 people to death in sensational Nusrat murder case.

Women and Children Repression Prevention Tribunal Judge Mamunur Rashid passed the verdict at 11:21am on Thursday.

Earlier in the day,  the accused were produced before the tribunal.

The tribunal also fined all the accused Tk1 lakh  each, and ordered the Feni district magistrate to hand over the amount to Nusrat’s family.

Hafez Ahmed, Public Prosecutor Feni District Judge Court, said: “The court indicted 16 people according to Section 4(1), 4 (1) 30 of the Women and Children Prevention Repression Act. All of the accused were directly and indirectly reportedly involved in money laundering and sexual harassment issues surrounding the case.”

Moreover, if the accused want, they can appeal against this verdict in the High Court division of the Supreme Court.

On May 29, the Police Bureau of Investigation (PBI) submitted a charge sheet seeking the death penalty for prime accused Sirajuddaula, and 15 others.

On June 20, 16 people, including madrasa principal Sirajuddaula were indicted by the court.

The judgment procedure began by examining case complainant Noman’s testimony in court on June 27, and June 30. The tribunal heard testimonies of 87 witnesses out of 92.

On April 6, 18 year old Nusrat Jahan, an alim examinee of Sonagazi Islamia Senior Fazil Madrasa, was set on fire in broad daylight on the roof of the madrasa by people loyal to principal Sirajuddaula, when she refused to withdraw a sexual harassment case her family filed against him on May 27.

She succumbed to her critical burn injuries at the Dhaka Medical College Hospital on April 10, which sparked nationwide outrage and a public demand for swift justice against the perpetrators.