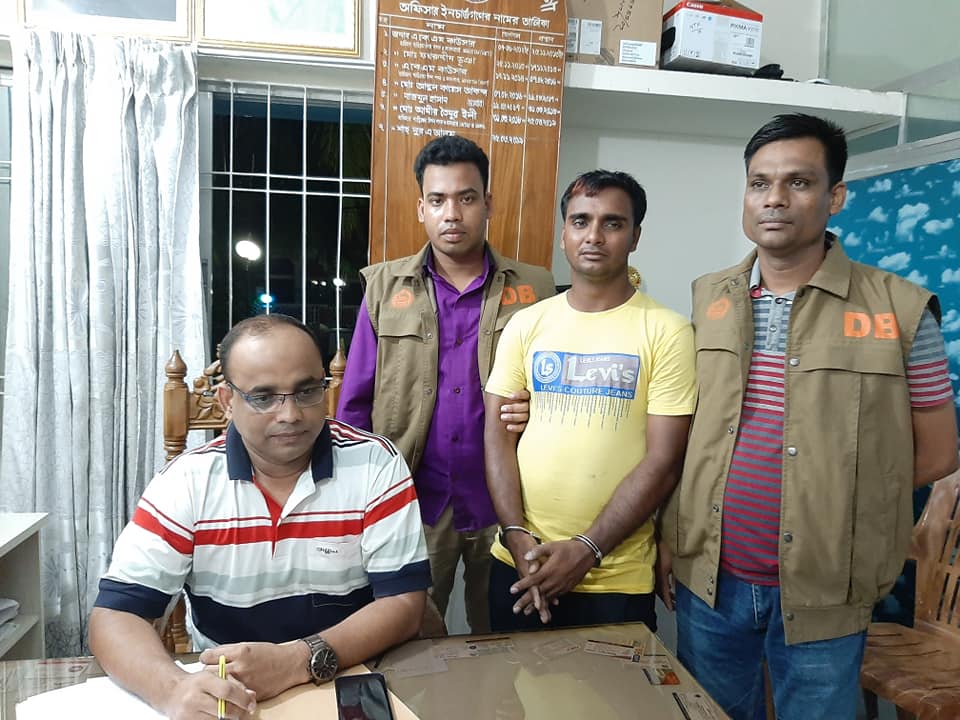 Women Travellers Get Their Harasser Arrested

On 11th July, the picture of a man wearing a blue t-shirt and black sunglass went viral in some of the largest travel groups on Facebook. According the caption, the man in the picture was apparently a sexual offender who was calling out vulgar words to a group of women travelers. The man was arrested within hours of the picture being posted by the Netrokona Zila Police.

The following is first hand details of the incident from one of the travelers:

“We were a group of 15 working women between the age of 23-30 who went to Tanguar Haor for a tour organised by Wander Woman. We arrived at Takerhat where there was another group of men, all wearing blue t-shirts with the name of their organisation ‘Netrokona Development Foundation’ branded. Three of us were walking when suddenly one of those men came towards us and asked for a picture with one of us. She ignored him. Next, he approached another girl and began to ask questions like ‘Are you from Bangladesh? Do you speak English?’ She ignored him too. The three of us walked towards the other girls in our group and he followed us. He asked one of the other girls ‘Will you have sex?’ That is when we began to scream at him. The locals joined us too. As soon as a crowd formed, the other men of the organisation took the harasser away from us. However, the harasser was smiling and showed no sign of remorse, and claimed that he’s a journalist. One of us quickly took his photograph so that we can take action against him. When we continued to scream at him the men deserted the spot on their bikes.”

The man got arrested within hours of the picture being posted on Facebook by the Netrokona Zila Police under the order of Mr Joydeb Chowdhury after conducting a day long drive. The name of the culprit is Abdul Bari, he is 30 years old. According to the SP, Netrokona, there are high chances that this man has been involved in various offences in the past and urged the common people to come forward with information about the perpetrator.

Sexual harassment faced by female travelers and tourists is a common problem in Bangladesh. The immediate steps taken against this harasser will serve as an example and will contribute to changing the harassment scenario faced by female tourists in Bangladesh. This will also be a source of inspiration and strength for other women and girls to explore the beautiful destinations of Bangladesh with confidence and without the worry of being harassed by men. The police urged everyone to use the helpline 999 whenever they come across this sort of situation and report to the police with accurate details.

Legal procedures to file a complaint under the harasser are currently under the way.