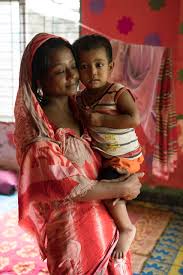 Economy of Sex Workers in Bangladesh

Bangladesh is one of the poorest countries in the world. Poverty, low social status and lack of opportunities for education and alternative employment have meant that Bangladesh has a large number of sex workers. There are as many as 150,000-200,000 female sex workers in Bangladesh, and most of these are adolescents or young women with the majority aged 15 to 18. Many girls enter prostitution in Bangladesh before the age of 12 (ECPAT 2006) and, in most cases, will have retired by age 30 (Alam 2010). Traditionally, the social status of sex workers in Bangladesh was extremely low and, regardless of their religion, sex workers were even denied basic funeral rights. For example, when sex workers died in Daulatdia, Bangladesh’s largest brothel, their bodies were just thrown in the nearby river“(Mondal and Islam 2006). The social status of sex workers, however, has gradually improved over time. A major turning point was a decision of the Bangladeshi High Court in 2000 that sex work is legal if the brothel or red light area is properly licensed. This makes Bangladesh one of the few Islamic countries that permit prostitution. Concerned with the potential spread of HIV/AIDS among sex workers as a high-risk group, NGOs have been active in promoting self-empowerment and safe sex awareness among this population since the mid-1990s. This  said, sex workers in Bangladesh remain marginalised from mainstream society. While sex workers earn many times more than others of comparable skills, in many cases much of this income is extorted by corrupt local officials and police who take advantage of the stigmatised position of sex workers. For most part, the living standards of sex workers are low and few
are able to save for their retirement, and this puts them in a very vulnerable position.
https://www.researchgate.net/publication/299506841_Economics_of_Sex_Work_in_Bangladesh