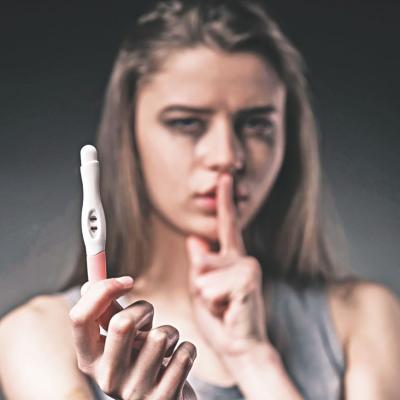 The age between 10-14 years is known as the period of adolescence. It is a very crucial stage in a girl’s life because she has to undergo a lot of physical and mental changes. These changes are accompanied by behavioural rules imposed by society and family which includes change in dressing habits, sitting postures and much more. These rules are more prevalent in conservative societies. Bangladesh is the country with the highest rate of child marriage in South Asia, and the fourth highest in the world. This puts adolescent girls in a high risk of early pregnancy. There is a misconception among many that a girl is ready to get married and bear children as soon as the onset of menarche. However, the truth is that a womb is not ready to bear children before the age of twenty. Risks of early pregnancy involve miscarriage, neonatal death, maternal death, obstructed labour, low birth weight etc.

Adolescent pregnancy, although not too common or visible, is prevalent in urban areas as well. Young girls often cannot distinguish between right and wrong and often get involved in sexual relationships with their partners. In most cases they are not aware of safe sex methods and the dangers that may arise from unprotected sex. As a result, they may become victims of unwanted pregnancy and sexually transmitted infections and disease. This is why it is important for parents to have an open and friendly conversation about sex and sexual health with their children so that they can take more responsible decisions about their lives.