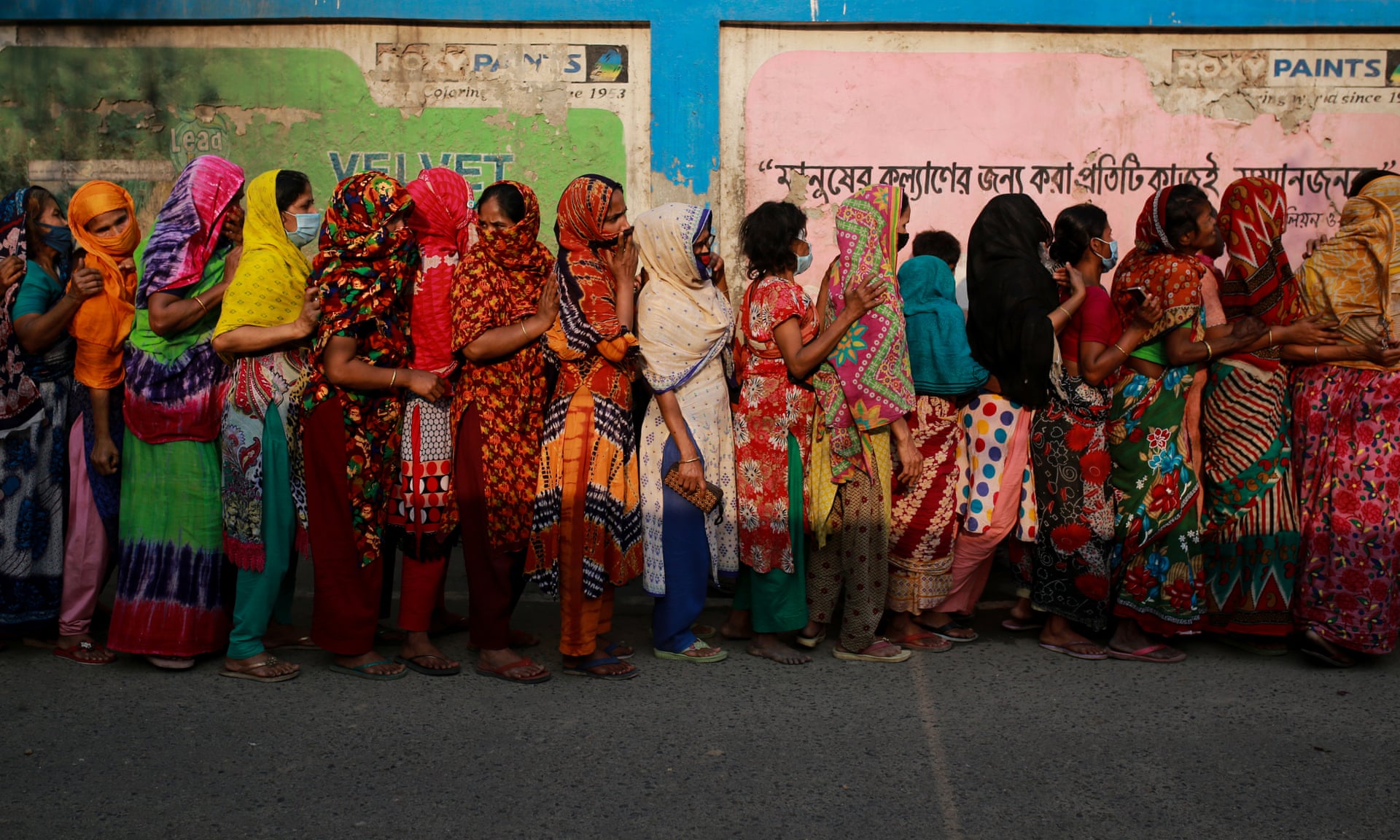 Up to 100,000 women could be left unable to support families as brothels are closed amid fears of Covid-19 outbreak

The government of Bangladesh has started sending emergency food and aid to the tens of thousands of women working in the country’s commercial sex industry as brothels across the country close.

To try to contain the spread of the Covid-19 virus, the authorities have ordered the lockdown of the sex industry, closing the country’s biggest brothel in Goalanda in the Rajbari District of Dhaka until 5 April along with many others across the country.

The closures will leave many of the estimated 100,000 women working in brothels in Bangladesh with no way of supporting themselves or their children.

Prostitution is legal in Bangladesh although one study reports that less than 10% of those working in prostitution entered the sex trade voluntarily.

An Observer investigation in 2019 found that thousands of girls and women in Bangladeshi red light districts had been trafficked into brothel prostitution as children and that many women working in the sex trade were trapped in debt bondage.

“We don’t earn much here, I make enough to survive day to day and most of us are in debt,” said one 26-year-old woman who has worked in a brothel in Goalanda for more than seven years. “What will happen if things don’t get better? Yesterday I needed to get some food but all my money is stuck in online banking apps and all the cashpoints are closed. I managed to borrow some from a friend, otherwise I would have been in big trouble.”

Local government official Rubayet Hayat, of the sub-district of Goalanda, said food and financial aid from the disaster management and relief ministry would start to be distributed by the end of this week.

“There are some 1,800 women in the brothels under our jurisdiction. We have asked for 30kgs of rice and 2,000 taka (£20) [for each of these women],” he said. “We have got the initial approval and are hoping the funds will be sanctioned by the end of this week.”

Healthcare workers at a charity hospital near to the brothel in Goalanda said more help would be needed to prevent an outbreak of Covid-19 in brothels and red light districts.

“The brothel area is very dirty and unhygienic. The rooms are inhumanly tiny. The house owners built the rooms strategically for more profit so that they can fit more rooms in a small area,” said Zulfekar Ali, the in-charge doctor at the Gonoshasthaya Kendra charity hospital. “In that same tiny room, the sex workers live, work and often cook. Many share common toilets.”

He added that many women working in the brothels are often reluctant to access healthcare services because they fear being shamed and stigmatised. “We are using loud hailers to spread awareness in the brothels, telling the women who are there to wash their hands properly,” he said.

Photo: Many women have been left reliant on government handouts of food and money for survival. Photograph: Barcroft Media/Getty