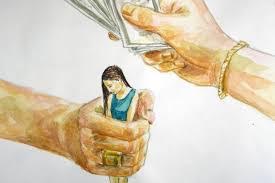 Two Bangladeshi under aged women have been rescued from a prostitution ring in Dubai. The 15 and 16- years old girls were promised to be appointed in a salon as beauticians, reports Dhaka Tribune.

According to Gulf News report, these girls were brought to Dubai by a Bangladeshi man in 2015.

Upon arrival, the girls were taken to a flat where they were allegedly abused first, raped, and then coerced into providing sensual massages at a spa.

One day, the 16-year-old girl escaped from the captivity, managed to inform the Dubai police about her ordeal.

Police arrested the Bangladeshi men, who were charged with exploiting the teenage girls.

A Dubai court jailed one of the Bangladeshis to seven years in jail and acquitted the other.

A 62-year-old Chinese businessman was later found to have rented the flat where the girls were being kept. The court convicted the Chinese of running the brothel and forcing a number of girls to prostitution.

A team from Dubai Police’s human trafficking department raided the flat and rescued the 15-year-old girl and other women, who were being forced into prostitution.

The 15-year-old Bangladeshi girl gave a statement similar to that of the 16-year-old.